Sean Casten, who was born in Ireland to American parents, beat out two other contenders in the Democratic primary to win the 6th Congressional District of Illinois. 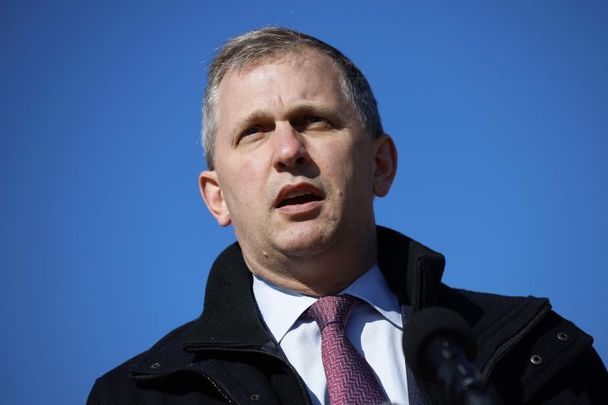 February 8, 2022: Rep. Sean Casten (D-IL) speaks during a news conference to introduce legislation on safe gun storage outside the US Capitol in Washington, DC. Democratic members of Congress were joined by gun control advocates to introduce the "Protect Children Through Safe Gun Ownership Act." Getty Images

Sean Casten, who was born in Dublin, Ireland, won the Democratic primary for the 6th Congressional District of Illinois yesterday, June 28, beating out Marie Newman and Charles Hughes.

“Tonight, the people of the 6th District sent a resounding message,” Casten said on Tuesday night, The Chicago Tribune reports. “We have been given a mandate to continue our fight against the climate crisis, to end gun violence, to lower costs for families and to protect every woman’s right to make her own health care decisions.”

Casten’s victory comes the same month that his 17-year-old daughter Gwen was tragically found dead on June 13 in the family's home in the suburbs of Chicago.

"The only thing we know about her death is that it was peaceful," Casten wrote in an emotional statement on June 15. The DuPage County coroner has yet to release a cause or manner of death.

We are grateful to all who have reached out with thoughts, condolences and help. To all asking what they can do, we ask only that you live your lives as Gwen lived hers. pic.twitter.com/AdQTpzsnTP

Casten, 50, was born to American parents in Dublin, Ireland, and grew up in New York.

Having been born in Ireland when my parents were expats, the Irish people and their traditions hold a special place in my heart.

Wishing all a happy and lucky St. Patrick's Day! pic.twitter.com/aOwjU8kZ8Y

In 2019, Casten slammed President Trump who tweeted at “‘Progressive’ Democratic Congresswomen,” telling them to “go back and help fix the totally broken and crime infested places from which they came.”

Casten responded in a tweet: "I was born in Ireland, but no one has ever told me to 'go back where I came from.'"

I was born in Ireland, but no one has ever told me to “go back where I came from.” Today, I voted to call President Trump’s recent remarks about my colleagues what they are: Racist, plain and simple.

Afterward, Casten was one of the 187 cosponsors of House Resolution 489, which formally condemned President Trump's racist comments directed at Members of Congress.

“My father got back from the Vietnam War, went to graduate school, and when he and my mom were young newlyweds, got a job outside of Dublin on a cattle feed lot,” Casten said, the New York Times reported at the time.

“They went over there, lived there for four years, I was born halfway through. No one ever called me an anchor baby.”