Dissident republicans behind violence and intimidation at Northern Ireland border

Dissident republicans, including some former Real IRA members, are under investigation for playing a key logistical role in the kidnap and torture of Quinn Industrial Holdings Kevin Lunney. 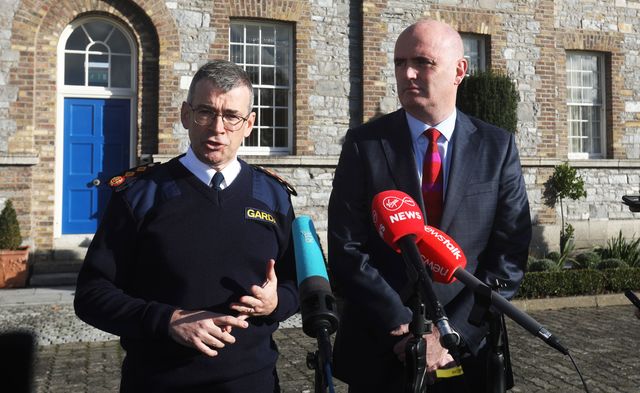 Dissident republicans, including some former Real IRA members, are under investigation for playing a key logistical role in the kidnap and torture of Quinn Industrial Holdings (QIH) senior executive Kevin Lunney, a 50-year-old father of six.

Members of the group have been associated in the past with Cyril “Dublin Jimmy” McGuinness, the gang leader who died of a fatal heart attack during an early-morning raid by British police on his hideaway house in Buxton, Derbyshire, last Friday.

The Irish Independent has reported that the dissidents are in the Derrylin and nearby areas of Co. Fermanagh and some have links in Co. Cavan. They are suspected of being recruited by McGuinness to provide back-up support for the kidnap gang and some of them may have been part of the group who carried out the abduction, along with Dublin criminals.

Heavy smoking McGuinness, 54, was said to have been totally surprised when his hideaway was raided, and he collapsed.  Police and medical attendants failed to revive him before he was later pronounced dead in the hospital.

The raid was one of a number carried out on the same day in Ireland in counties Fermanagh, Cavan and Longford. Some details were released at a joint press conference in Dublin by Garda Commissioner Drew Harris and PSNI Assistant Chief Constable Mark Hamilton when they announced the first joint investigation team of its kind to smash the border gang behind the kidnap of Tunney and threats to the safety of other QIH bosses.

McGuinness was born in Skerries, Co. Dublin, but moved to the border area where he ran a smuggling racket and was believed to have been behind a number of cash raids on ATM machines.

He is reported to have been at one time linked to the IRA, and later dissident republicans. At one time he served a jail sentence in Belgium for machine theft.
Police believe he drove the explosives lorry when the IRA bombed Bishopsgate in London in 1993. Scotland Yard issued a photofit of him two months after the bomb attack but he had gone on the run.

McGuinness is believed to have headed a gang which over the past eight years carried out a campaign of intimidation, vandalism, and violence, mainly against property and people linked to Quinn Group holdings.

Sean Quinn, once Ireland’s wealthiest man whose companies crashed during the banking crisis with debts of around €4.5 billion, was removed along with members of his family from his businesses when they went into receivership in April 2011.
Shortly afterward, the intimidation started. Quinn and his family have constantly condemned the campaign of intimidation.

Following the kidnap and torture of Lunney, working for a group of American investors in QIH, the new name given to the recovering group of companies, there was extraordinary public pressure for improved police investigations of the border area intimidation.

Junior Irish government minister Michael D’Arcy claimed the gardai had let down the directors of QIH, which has interests on the Republic side of the border as well as in the North.

D’Arcy, a TD for Wexford, said “a spate of threats against QIH should have been dealt with sooner and better” at the local level.

He said, “There are senior gardai in those divisions, in those areas, who let those gentlemen down.”