Proud of his involvement in Northern Ireland's Good Friday Agreement, GOP Peter King, Member of the U.S. House of Representatives from New York, has announced his retirement. 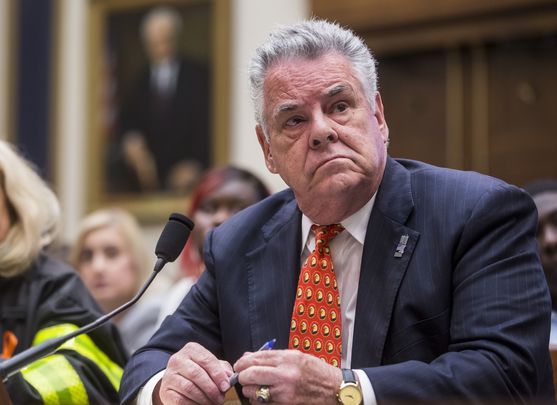 Proud of his involvement in Northern Ireland's Good Friday Agreement, GOP Peter King, Member of the U.S. House of Representatives
from New York, has announced his retirement.

Currently serving his 14th term in office, Republican Representative Peter King has announced that he will not seek another term in office during the 2020 elections.

King (75), who has been splitting his time between New York and Washington DC for 28 said on Monday he plans to live fulltime in New York and spend time with his family.

On Facebook, King wrote  "This was not an easy decision. But there is a season for everything and Rosemary and I decided that, especially since we are both in good health, it is time to have the flexibility to spend more time with our children and grandchildren," he said, adding that his "daughter's recent move to North Carolina certainly accelerated my thinking."

He also said "Governmentally I will miss fighting for the people of my district and America and will always be proud of my efforts for 9/11 victims and their families; protecting our citizens from terrorism and MS-13; leading the successful effort to recover from Superstorm Sandy; being consistently cited for bipartisanship; working with President Clinton to achieve the Good Friday Agreement and end centuries of warfare in Ireland and Northern Ireland; and standing with the brave men and women of law enforcement. In the coming weeks and during the next year I intend to vote against President Trump 's impeachment and will support the President's bid for re-election."

Formerly the Chair of the House Committee on Homeland Security. He drew attention in 2011 while holding hearings on the extent of the radicalization of American Muslins.

He currently sits on the Financial Services Committee and the House Permanent Select Committee.

On Facebook, he added "My time in Congress has been an extraordinary experience.

“I intend to remain in Seaford, be active politically and look forward to seeing what opportunities and challenges await me in this next chapter of a very fortunate life.

King's retirement is the 16th House Republican this year, while five Democrats have decided to they won't see re-election in 2020.