Former EU Commissioner Phil Hogan claims he was wrongly “treated as a criminal” and suggests he may seek compensation over his resignation. 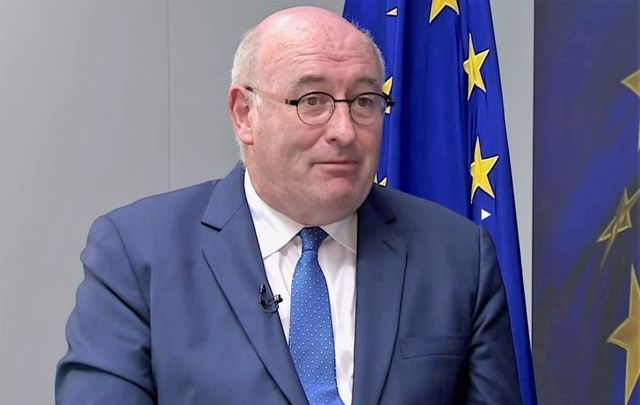 The 2020 “Golfgate” saga, in which organizers were legally acquitted of anti-Covid social gathering offenses although a judge recognized that public opinion was unfavorable, faces a potential new trauma.

Ireland’s former EU Commissioner Phil Hogan, who claims he was wrongly “treated as a criminal,” has suggested he may seek compensation from the European Commission over his resignation in the "Golfgate" controversy.

In his first extensive interview Hogan, who took refuge in Portugal for six months after his August 2020 resignation from the EU, said he could take action against the European Commission.

He resigned from the trade commissioner role a few weeks after attending the Oireachtas Golf Society dinner in Clifden, Co. Galway which caused public outrage.

The maximum attendance in one room at such events at the time as a protection against Covid was 50. There were 81 at the dinner, but the judge at Galway court ruled earlier this month that all charges against the organizers and the hotel owners should be dismissed.

Judge Mary Fahy ruled that as the room was divided with a partition there was no breach of the law.  She also noted that while the organizers and hotel proprietors complied with the law, they did not comply with the court of public opinion.

The government was rocked by the event at the time. A minister resigned and several senators had their party whips removed.

He said this week in the interview with French newspaper Liberation that he did not rule out the idea of demanding compensation for the damage suffered.

He was quoted as saying, “She wants to end this affair as quickly as possible and that she wants me to leave. She immediately believed in the interpretation given by the Irish government, which claimed that I had undermined its pandemic strategy by my actions.”

In a follow-up interview in the Irish Independent on Tuesday, Hogan said, “The outcome of the court process in Galway demonstrates that everybody who attended that event in good faith was humiliated and treated as a criminal for the past year and a half.”

Hogan previously apologized for attending the controversial dinner, conceding the distress and insult it may have caused the Irish people, but he denied that he breached Covid-19 quarantine rules.

He told Liberation, “It was a traumatic event. For the six months which followed I took refuge in Portugal to try and forget it. It is only in the course of the past six months that I have become active in private sector work.”