Do you think the former President is a worthy recipient for this accolade for excelling in his "role as public servant"? 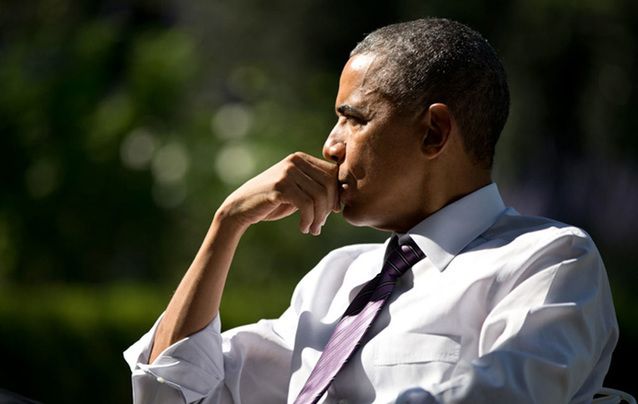 The 44th President of the United States, Barack Obama. WhiteHouse.Gov.

Former President Barack Obama has been named this year’s winner of the John F. Kennedy Profile in Courage Award.

The annual prize has been gifted each year since 1990 to one or more individuals who have excelled in their role as public servants. On its website the award boasts, "For the scientist, the moment is the Nobel or the Lasker; for the journalist, the Pulitzer; the actor, the Oscar. For those in government, it is the Kennedy."

In a statement on his Twitter account the 44th President told his followers he was, “Humbled to be recognized by a family with a legacy of service.”

Humbled to be recognized by a family with a legacy of service. Who's your #ProfileInCourage? Tell me about them: https://t.co/euYRxWcost https://t.co/HBgFiRcq9J

"President Kennedy called on a new generation of Americans to give their talents to the service of the country," JFK’s daughter, Caroline Kennedy, wrote in a press statement. "With exceptional dignity and courage, President Obama has carried that torch into our own time, providing young people of all backgrounds with an example they can emulate in their own lives."

"Faced with unrelenting political opposition, President Obama has embodied the definition of courage that my grandfather cites in the opening lines of 'Profiles in Courage': grace under pressure," her son Jack Schlossberg added. "Throughout his two terms in office, he represented all Americans with decency, integrity, and an unshakeable commitment to the greater good."

Obama is not the first US President to have been honored with the award. George H. W. Bush won the prize in 2014 for overseeing the 1990 which increased taxes and cut spending - something that would see him attacked by both the right and the left which many think ultimately cost him his bid for re-election in 1992.

The award was named after President Kennedy’s 1957 Pulitzer Prize winning book on the careers of eight US Senators who defied their constituents and voted for unpopular measures they believed were right. It was a bestseller at the time but questions were later raised as to how much of it had actually been written by Kennedy himself. Claims that his speechwriter Ted Sorensen did most of the writing lead to one journalist to joke on national television, “John F. Kennedy is the only man in history that I know who won a Pulitzer Prize for a book that was ghostwritten for him."

Do you think the former President is a worthy recipient for this accolade for excelling in his "role as public servant"?