Conservative legislator leaves Stormont position, due to "ill health" as calls for a return to direct rule by Westminster are getting increasingly loud 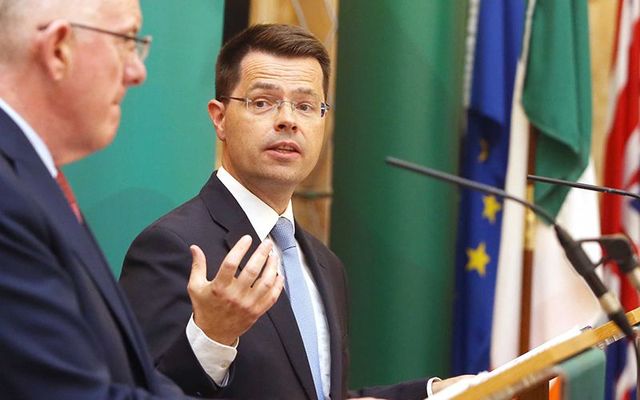 Conservative legislator leaves Stormont position, due to "ill health" as calls for a return to direct rule by Westminster are getting increasingly loud

Northern Ireland’s Secretary of State, James Brokenshire, has resigned. The 50-year-old Conservative legislator formally made Prime Minister Theresa May aware of his intention to leave the Government this morning, citing “ill health”.

The Sun has reported that the Bexley, south-east London, Member of Parliament, has, “a small lesion on his right lung and will be having major surgery in the coming weeks” and his recovery is expected to last a number of weeks.

Brokenshire assumed the Northern Ireland role in July 2016, a few short weeks after Britain voted to leave the European Union. Formerly immigration minister under David Cameron, he was tipped for promotion having worked well with May as his senior minister at the Home Office.

Widely considered something of a non-job since devolution, Northern Ireland’s Secretary of State is tasked with representing the province in the Cabinet, overseeing the functioning of the Assembly and certain powers reserved to the British Government - such as security, defense and immigration.

James Brokenshire's letter of resignation to the Prime Minister. pic.twitter.com/UBElRCQWtN

However quickly into his tenure, the “non job” became an important job when the Assembly collapsed over First Minister Arlene Foster’s role in scandal involving a  renewable heating scheme that went millions over budget.

Since then government in the province has floundered: Sinn Féin have refused to countenance power sharing again until the DUP agree to the legalization of gay marriage and an Irish Language Act - two measures which they strongly oppose.

How the stalemate can be broken remains anyone’s guess but calls for a return to direct rule by Westminster are getting increasingly loud as the two parties drag their feet.

The DUP, whose 10 MPs keep the Conservative party in Government, wished Brokenshire well.

“I’m sorry to see James go under those circumstances and I think it’s important that we wish him well,” Belfast East MP Gavin Williamson said.

“The Secretary of State’s job is huge not least because of the difficulties we’re currently having about the restoration of the executive and there’s a huge job of work to do… so it is important that we get somebody who is not only prepared to engage in the job but do so very quickly and read into the job very quickly indeed.”

James Brokenshire's credibility with the DUP & Sinn Féin had gone a long time ago, eroded by his multiple 'deadlines' which he then abandoned. A key signal from the PM will be whether she puts in a heavyweight who might command respect or some cautious figure. #cabinetreshuffle

Sinn Féin, who he infuriated by dismissing their calls to keep Northern Ireland in the EU, have yet to issue comment on the resignation. They previously described one of their meetings with him as "waffle, waffle, and more waffle".

Brokenshire’s replacement as Secretary of State is Karen Bradley, Member of Parliament for Staffordshire Moorlands.