He is known to have signed the arrest warrant for Gerry Adams back in 2014 for his alleged connection with the abduction and killing of Jean McConville. 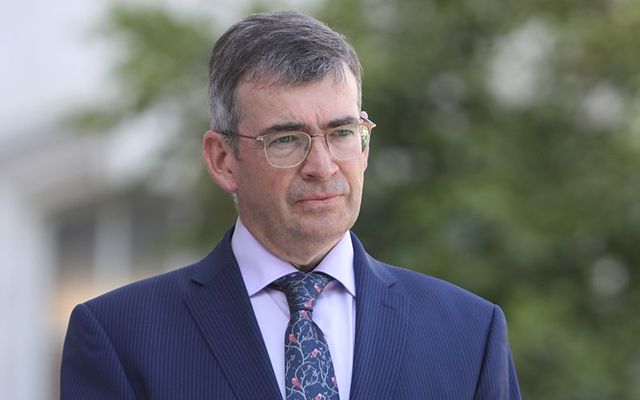 Police Service of Northern Ireland Deputy Chief Constable Drew Harris has been named as the new Garda (Police) commissioner, marking the first time someone from the north of Ireland has been appointed to the position.

Harris’ father was also a senior policeman in the old RUC (Royal Ulster Constabulary) prior to being blown-up and killed by an IRA car bomb in 1989. His mother was injured in the same bombing.

Since 2014, Harris has been the Police Service of Northern Ireland (PSNI) Deputy Chief Constable and is an expert in high-risk covert police operations, as well as high-profile and intense incidents. He has been in the police for 35 years and has a degree in politics and economics, along with a Masters degree in Criminology.

He is known to have signed the arrest warrant for Gerry Adams back in 2014 for his alleged connection with the abduction and killing of Jean McConville in December 1972. Harris received considerable criticism from Sinn Féin then because of the decision to arrest their leader in the midst of an election.

Minister @CharlieFlanagan today announced that the Government will appoint Mr. Drew Harris to the post of Garda Commissioner for a period of 5 years.
“I look forward to working with Drew on ensuring the security of the State and the safety of the public."https://t.co/2MvP675AKm

He is taking over an Irish police force in turmoil after the last two commissioners stepped aside early. Attempts to blacken the reputation of a whistleblower Sergeant Maurice McCabe led to a tribunal of inquiry.

PSNI chief constable George Hamilton expressed that Harris is a great member of the police force and was “privileged to have him serve as my Deputy Chief Constable for almost four years.”

Congratulations to Drew Harris on his appointment as commissioner of An Garda Síochána. Look forward to continuing a close working relationship with him. https://t.co/SVAcgJXizT pic.twitter.com/qKKQTdsWVE

“Drew Harris has been driven by a commitment to protect the most vulnerable in our community… I have no doubt that this will continue to be his ambition as Garda Commissioner.”

Harris will take the spot as the head of police in the Republic of Ireland by replacing the current Acting Commissioner, Dónall Ó Cualáin, as soon as he retires.

RTÉ reported that Harris plans to emphasize protecting society, the vulnerable, and above all, keeping people safe. He believes that it is a great privilege to have been appointed as Garda Commissioner.

Pleased to welcome the incoming Garda Commissioner Drew Harris to Govt Buildings. He will drive forward our reform programme for An Garda Síochána. His appointment is a good day for Irish policing; an opportunity for new leadership and improved policing in our communities. pic.twitter.com/CJeNfhHfFW

The Minister for Justice, Charlie Flanagan, stated that Harris is taking up the job at a time of major institutional reform and investment for An Garda Síochána that will help to redefine the police force.

In response to the decision, Taoiseach Leo Varadkar said that it was an extensive selection process and that the Irish Government’s priority was to get the best and most qualified person they could find.

Furthermore, Varadkar went on to say that the gardaí would keep control of all intelligence services and is certain Harris, despite his distinct background, would be loyal to the police and the state. Because of his experience in reforming the PSNI, Varadkar believes he is the right choice.

Read More: Man suspended from garda training program over his role in pornographic film as a teen