News of Leo Varadkar’s election has been met with praise by international media, but many Irish progressives are concerned by his politics. 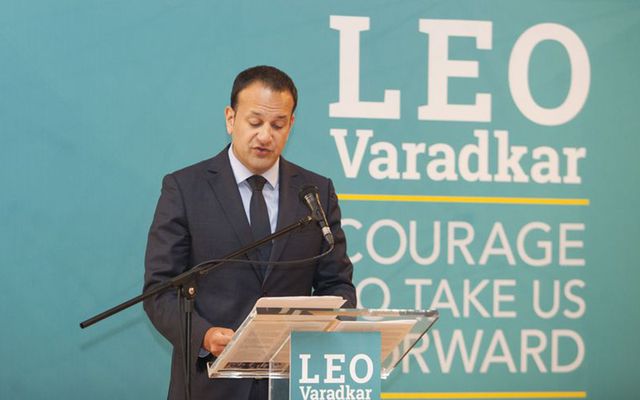 News of his election electrified the world’s press, who saw in it further evidence of Ireland’s remarkable journey away from decades of social conservatism toward a more outward-looking, pluralistic politics.

But many Irish progressives are withholding their hosannas. The former doctor may be the gay son of an Irish nurse and a doctor from India, but his politics are much further to the right than many within his own party and the country, critics say.

In a blunt attempt to appeal to Fine Gael’s right wing in a run-up to the election, Varadkar positioned himself as a law and order candidate, pursuing initiatives like a high profile and costly campaign to stamp out welfare fraud, even though it later emerged that only one identifiable case of identity fraud in the social welfare system has occurred in the entire country this year.

It’s in regard to the Eighth Amendment, which governs Ireland’s abortion law, that he comes in for some of his most pointed criticism from the left, however. Varadkar says the law is too restrictive and should be replaced, but he has said he would not favor abortion for victims of rape: “I wouldn’t be in favor of it in that case, and, you know, first of all, it isn’t the child’s fault that they’re the child of rape.”

It’s also not the mother’s fault that she’s become pregnant through a rape either, but Varadkar didn’t mention that. When alerted to the fact that an estimated 5,000 women travel from Ireland to Britain for abortions every year, Varadkar said that he saw no double standard on the issue.

Flying to Vegas or Amsterdam to avail of gambling, drugs and – presumably - sex workers is not at all the same as making a decision to have an abortion, however. Progressives were understandably outraged by his comparison.

Varadkar opposed to abortion for rape victims |http://t.co/ghEgX8R3 > Compares it to travelling to Vegas & Amsterdam. Just beyond belief.

But supporters say give him time to course correct and offer the kind of leadership he is capable of. At a time when other Western countries are being consumed by a resurgent populism, where social diversity is being ignored or legislated against, Varadkar’s election can only be seen as a profoundly optimistic sign of concerted Democratic push-back, they say.

“Any child growing up in Ireland now, I hope, looks at me and my unlikely story and my background, and everything about me, and perhaps says to themselves, that there is no office in this state that I can't aspire to, nothing that they can't do if they believe in themselves,” he said.

A hundred years after the Easter Rising dared Irish citizens to “cherish all of our children equally,” the 'Yes' vote in the marriage referendum and now an out gay Prime Minister confirms how far the Irish nation has actually come, supporters say.

He hates poor people.
And women.
We didn't vote for him.
Stop congratulating us.
This is a disaster. https://t.co/8KSrojbKX8

It remains to be seen if this socially liberal, fiscal conservative can navigate the competing strands of contemporary Ireland as Taoiseach with the facility that he has as a minister.