Ireland is now a diverse society and should be representative of all its citizens. 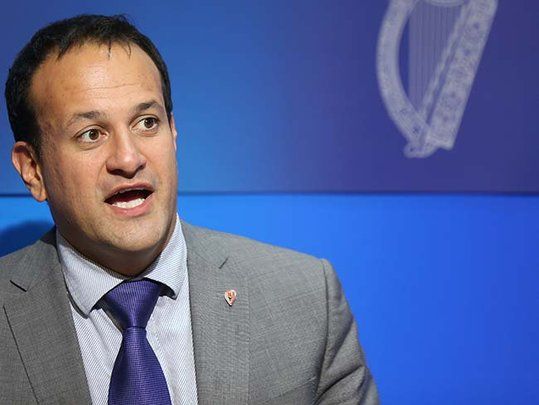 The election of Indian-Irish Leo Varadkar as the new Irish leader meant that Ireland needed to understand that it was getting much more diverse and thus more pluralism and coexistence would be a wiser and more mature approach, stated Hindu leader Rajan Zed, who is based in Nevada.

Leo Varadkar’s father is a Hindu doctor originally from Mumbai. Rajan Zed is President of Universal Society of Hinduism, a well-known lobbying group that focuses on Hindu issues. It was instrumental in having performer Selena Gomez remove the bindi or red ink mark from her forehead and also in forcing US retailers to stop selling jeans that depicted Hindu gods.

Rajan Zed urged Varadkar to fix Ireland’s education system and make it fair for minority religions/denominations and non-believers as he stated that Ireland’s government appeared to have failed to put an end to religious preferences in admissions to schools.

“Religion should not play any role in admissions to Irish schools and religious discrimination in tax-funded schools was quite unfair and should be unacceptable in 21st century Ireland. Practice of religious majority controlling the school doors and schools indulging in kind of state-sanctioned indoctrination was simply wrong and should end,”  Zed noted.

Zed further said that either all major religions/denominations and non-believers’ viewpoint should get equal time in the curriculum of state-funded schools or no religion should be taught or religion should be taught after school hours to those who opted for it. Imposing a different religion/denomination on primary school age children while they practiced another religion/denomination or no-religion at home could be very confusing and conflicting for the little kids.

Rajan Zed also urged Varadkar to work with both the houses of Ireland Parliament (Oireachtas)—Seanad (Seanad Éireann) and  Dáil Éireann)—to re-evaluate the practice of opening prayers by revising the Standing Orders of Dáil and Seanad, so that prayers of other religions could be read by invited diverse religious leaders. Ireland was a diverse society now and the Parliament of a parliamentary democracy like Ireland should be representative body of all its citizens, including the minorities, Zed added.

“Moreover, Ireland needed to urgently empower and integrate its maltreated and vulnerable Traveller community; the largest minority of the country and a distinct group that existed for centuries; who reportedly faced blatant discrimination and social exclusion, “Zed stated.