The Taoiseach criticized Sinn Féin after the political party said non-jury trials could continue to be used “in exceptional circumstances” if the party takes power. 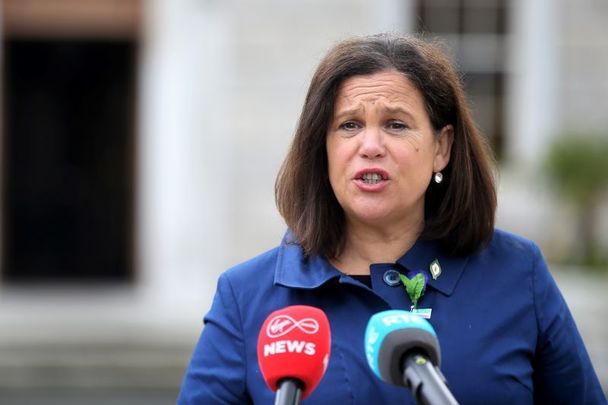 Taoiseach (Irish prime minister) Micheál Martin set the campaign ball rolling for the next general election when he branded Sinn Féin as “slow learners” when they dropped their long-held opposition to non-jury courts.

Michael Martin delivered a tirade of criticism of Sinn Féin and the Provo movement after Mary Lou McDonald’s party said at its annual convention last weekend that non-jury trials operated by the Special Criminal Court could continue to be used “in exceptional circumstances” should the party take power.

Sinn Féin leader McDonald, who commentators believe could win 60 seats in the next general election, insisted at the ard fheis in Dublin that she wants to be taoiseach.

That prompted Martin’s attack on her party the next day when, as leader of Fianna Fail, he attended Sunday’s event commemorating Irish revolutionary Wolfe Tone in Bodenstown, Co Kildare.

He branded Sinn Féin “slow learners” for finally dropping its opposition to non-jury trials, and he accused the party’s supporters of disrespecting the republicanism which Wolfe Tone did so much to shape.

Martin said, “I mean, how long does it take to realize that you need non-jury courts to deal with terrorists and armed criminal gangs who really have the capacity to intimidate juries? We know that and these armed gangs are very, very dangerous to the fabric of our society.” 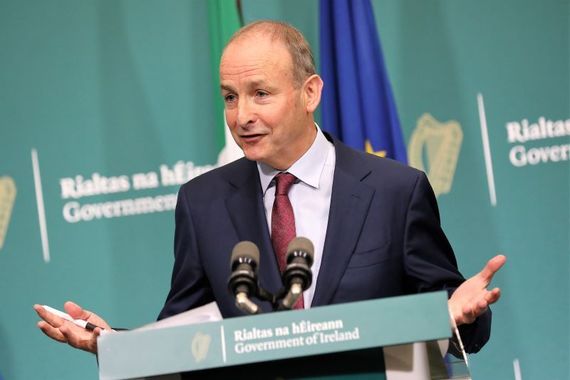 He added, “There is no greater disrespect which you can pay to Irish republicans of the past than to fail to recognize the opportunities which they created to move beyond their own strategies.

“Fianna Fail has come to this place to honor the memory of Wolfe Tone and to reflect on the republican tradition which he did so much to shape.

“Unlike the type of backward-looking and inflexible nationalism so often seen elsewhere, true Irish republicanism has always been defined by a focus on the future. It rejects the idea of one fixed answer to everything, or an unchanging program.”

Martin said the republicans in the War of Independence provided the foundation for the democratic republicanism which has thrived since then – “even in the face of illegitimate campaigns of destruction which abused the name of republicanism.”

Earlier, at Saturday’s Sinn Féin ard fheis, McDonald, to loud cheers from the floor, attacked the three-party government and in particular Fianna Fail and Fine Gael who had been bitter opponents until forced by the electorate into power-sharing.

She said, “Things have gone to the dogs since the boys clubbed together.”

She added, “The writing is on the wall for Fianna Fail and Fine Gael, and Sinn Féin is ready for government north and south. To those who told me again and again, to make sure we run enough candidates at the next Dail election, I hear you loud and clear.”