The caller to Sinn Féin TD Martin Kenny's office threatened to shoot a police officer and also made a threat against Leinster House in Dublin. 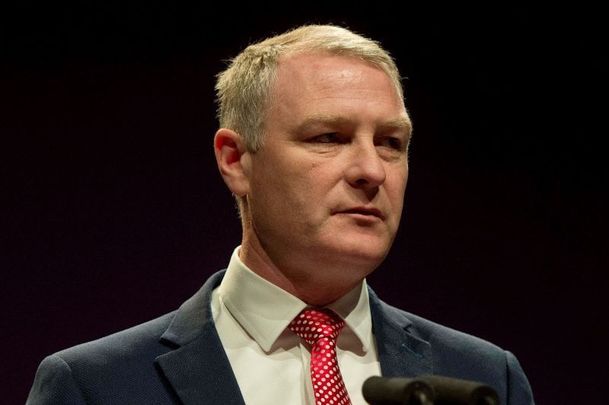 The office of Sinn Féin TD Martin Kenny received a threat via phone call today, October 26, it has been confirmed.

"Martin Kenny's office received a call, which contained a threat to shoot a Garda and the same person issued a threat against Leinster House,” a Sinn Féin spokesperson told The Irish Examiner on Tuesday.

“We alerted the Gardaí and the Oireachtas of this threat.

"There was no threat against a named Sinn Féin TD but obviously all threats need to be treated seriously by the Gardaí. It is now in their hands."

An Garda Síochána said in a statement that it was “aware of a phone call of concern made to an office at Government Buildings, however, An Garda Síochána cannot confirm or comment on the specific nature of that phonecall.

“In general, An Garda Síochána considers any suggestion in respect of the threat to use violence and/ or perpetration of violence or intimidation in any general sense or against named individuals or organisations as a matter of serious concern.

“All such matters are investigated.”

The incident on Tuesday comes not long after Taoiseach Micheal Martin told The Irish Mirror that he believes a review of security for Irish politicians should occur. The Taoiseach was speaking in the wake of the death of British MP David Amess, who was stabbed at his office on October 15.

"On the physical security, we have to keep an eye on [that]," the Taoiseach said.

He added: “First of all, I think we do need to review it, in terms of what security is required.

“I think intelligence, networking, what I mean by that is people keeping a very sharp eye on it.

“And gardai are well placed to do that and have an idea of what's happening in different extreme groups and people who were harassing...I don't think, for example, people should turn up to someone's home, we've all experienced that and over many protests.”

He acknowledged that “no one wants an intrusive or over-the-top security presence around politicians" and added, “We depend on Ireland - not depend but it's part of our ecosystem and politics to have clinics -to have that interaction with people on the ground, which is a very positive feature of Irish politics and we have to protect that.”

Tanaiste Leo Varakdar said on Tuesday that he was "horrified" to hear about the threat lodged at TD Kenny's office.

“Unfortunately these things happen and they’ve become a bit too frequent in politics and we shouldn’t become inured to them because it can be easy to become desensitised to these things, but it doesn’t make it right and I certainly condemn that unreservedly.”

In October 2019, Kenny’s car was fire-bombed outside his home in Co Leitrim, where he and his family were at the time.

The attack came just days after he spoke out in the Dáil Éireann about the tragic events in the UK where 39 migrants perished while being smuggled in the back of a lorry, which he linked to the rise of far-right ideologies.

Addressing then Tanaiste Simon Coveney, TD Kenny said: “Unfortunately, there are some people in this country who peddle far-right ideology, who may be happy that 39 less immigrants will be coming to Ireland, potentially.

“The hatred that these people disseminate, mainly through the Internet, is regrettably taking root in some places in our society.”