Cathaoirleach of the Seanad Mark Daly has invited Marty Walsh and Richie Neal to attend the Seanad in Dublin to mark its centenary. 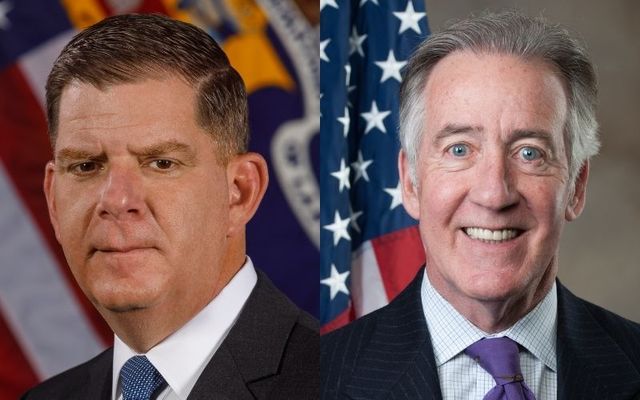 Walsh and Neal, two leading Irish American politicians, will address the Seanad in Dublin in the coming weeks as the upper house of the Oireachtas celebrates its 100th anniversary.

Fianna Fáil Senator Mark Daly, who is Cathaoirleach of the Seanad, has invited US Secretary of Labor Marty Walsh and chairman of the Ways and Means Committee Richie Neal to attend the Seanad, according to the Sunday Times.

Neal, who is a fluent Irish speaker and who also chairs the Friends of Ireland caucus in Washington, is one of many influential American politicians to warn the British Government that he would refuse to back any post-Brexit trade deal with the UK if the Good Friday Agreement came under threat.

Walsh, whose parents are from Connemara in Co Galway, served as Mayor of Boston for seven years before becoming Secretary of Labour in March 2021 following President Joe Biden's inauguration.

Daly also plans to invite Lord John McFall, the Lord Speaker in the House of Lords and a former junior minister in the Northern Ireland Office, to visit the Seanad and mark its centenary, according to a report in the Sunday Times.

Daly told the Sunday Times that he would continue to support the reform of the Irish Government's upper house, including the implementation of a constitutional amendment to change how the Seanad was elected.

Daly noted that the seventh amendment to the Irish Constitution, a 1979 vote to change how the Seanad was elected, had still not been enacted, making it "the only one passed by the people that has not been enacted by successive administrations".

"As we approach our 100th year, it would be timely for the government to support legislation that would give effect to the amendment, which was passed more than 40 years ago," Daly told the Sunday Times, adding that the amendment would expand voting rights in Seanad elections from around 150,000 people to "potentially millions".