The majority of gig workers should be classified as employees, says Irish American Marty Walsh. 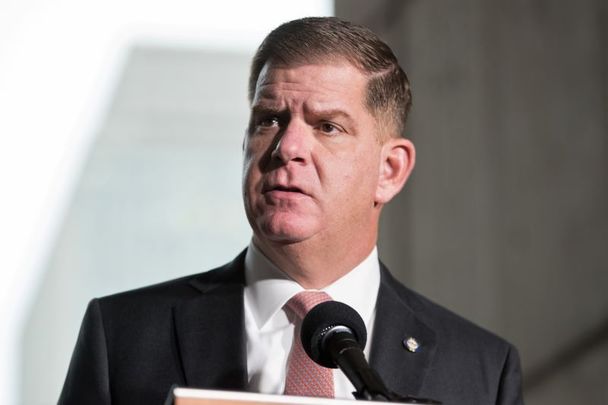 Walsh, the former mayor of Boston and the son of Irish immigrants, was confirmed as the US Secretary of Labor on March 22.

A former union member, he is expected to boost the Biden Administration’s efforts to expand workers’ protections and to have a major impact on U.S. workplace laws and regulations, according to Reuters.

A shift in policy is likely to raise costs for companies such as Uber, Lyft, and Doordash that depend on contractors. These businesses rely largely on part-time workers who do not receive any benefits, such as unemployment, sick pay or health insurance.

The last decade has seen a surge in the number of gig workers. According to the International Labor Organization, 34 percent of the workforce consisted of gig workers. This total was projected to rise to 43 percent in 2020.

"These companies are making profits and revenue and I'm not (going to) begrudge anyone for that because that's what we are about in America. But we also want to make sure that success trickles down to the worker.”

After Walsh’s comments on Thursday, shares in Uber Technologies Inc, Lyft Inc and DoorDash Inc fell as much as 12 percent.

According to these companies, the majority of workers do not want to be employees and prefer to choose when and how much they work.

The Alliance issued a statement following Walsh’s remarks last week, saying it looked forward to meeting with the secretary to have “much-needed discussions about advancing modern policies that protect worker independence and flexibility, while strengthening benefits and protections.”

Investors understand that they can only profit if gig worker exploitation continues.

Regulators, it's time to step in and protect working people.

Investors—we're coming for you next.

You will not profit off of our exploitation. https://t.co/WEAfYxTWCJ

Meanwhile, Gig Workers Rising, an organization that advocates for greater benefits, called on regulators to step in and protect workers.

In the interview, Walsh also mentioned the risks that result from not having  companies paying unemployment insurance for gig workers -- an issue made evident during the coronavirus pandemic.

"If the federal government didn't cover the gig economy workers, those workers would not only have lost their job, but they wouldn't have had any unemployment benefits to keep their family moving forward. We'd have a lot more difficult situation all across the country," he said.