MEP Mairead McGuinness has been selected to take over the role of European Commissioner for Trade. 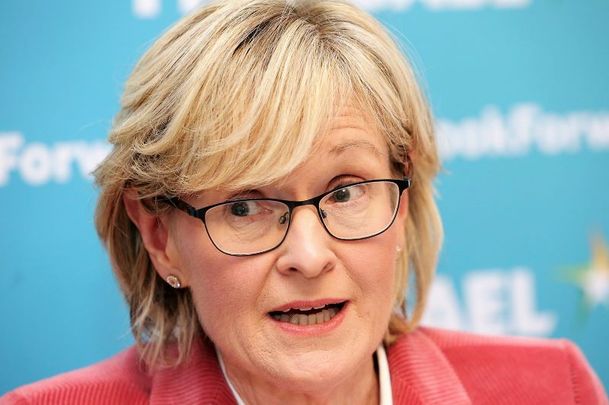 President von der Leyen said McGuinness has the experience that is "crucial" for the role.

MEP Mairead McGuinness has been chosen as the next European Commissioner for Trade less than two weeks after Phil Hogan resigned from the position in the wake of Ireland's "Golfgate" scandal.

After Phil Hogan resigned, European Commission President Ursula von der Leyen requested that a man and a woman be put forward by the Irish government for consideration. McGuinness was put forward for the nomination alongside Andrew McDowell, who completed his fixed-term role as Vice President of the European Investment Bank on September 1.

In a tweet on Tuesday,  President von der Leyen said: “I propose @MaireadMcGMEP as future Commissioner for financial services. She has great qualifications & my full trust for this post. It is now for the EU Parliament to organise the hearings. Executive Vice-President @VDombrovskis will take on the trade portfolio.”

I propose @MaireadMcGMEP as future Commissioner for financial services. She has great qualifications & my full trust for this post. It is now for the EU Parliament to organise the hearings. Executive Vice-President @VDombrovskis will take on the trade portfolio. pic.twitter.com/OwGxwvpBad

President von der Leyen said in a press briefing on Tuesday: “Yesterday I interviewed the candidates put forward by the Irish government for the post of Commissioner, Ms. Mairead McGuinness and Mr. Andrew McDowell.

“Both candidates showed great commitment to the European Union and to the job of Commissioner – excellent candidates. They also both clearly have significant experience of EU matters, of course from different perspectives.

“Following these interviews, I have decided to propose to the Council and the European Parliament the appointment of Ms. McGuinness to the post of Commissioner. She will be in charge of financial services, financial stability, and the Capital Markets Union. Executive Vice-President Valdis Dombrovskis will assume responsibility for the trade portfolio, and he will remain the Commission's representative on the Eurogroup, alongside with Commissioner Gentiloni.

“Ms. McGuinness has significant political experience on EU issues, having been an MEP since 2004 and currently holding the post of first Vice-President of the European Parliament. This experience is crucial in carrying forward the EU's financial sector policy agenda and ensuring it supports and strengthens the Commission's key priorities, notably the twin green and digital transition.

“I would like to express my thanks to Mr. McDowell for his application and wish him well in his future endeavours.”

Afterward, McGuinness said in a statement: “I want to thank President von der Leyen for the trust she is placing in me.

“The focus now is on the next steps in the European Parliament and Council.

“The financial services portfolio cuts across all policy areas. It is fundamental to European citizens, businesses, SMEs, and how the EU recovers from the Covid-19 pandemic. The EU Green Deal will require sustainable finance to drive actions across all sectors of the economy.

“As an MEP for 16 years, I have seen at first-hand how the EU is a positive force for change. I have worked to strengthen cooperation between the EU institutions and to bring them closer to people.

“I want to thank An Taoiseach, Micheál Martin, Tánaiste Leo Varadkar, and Green Party Leader Eamon Ryan for putting my name forward with Andrew McDowell, a person for whom I have great respect.

“I will now focus on preparing for the European Parliament hearing and will not be making any further comment."

In a statement on September 8, Taoiseach Micheál Martin, who spoke with President von der Leyen on Tuesday morning, said: “The Government put forward two candidates of the highest calibre for consideration to be the next European Commissioner from Ireland.

“Mairead McGuinness has represented Ireland in the European Parliament with distinction for sixteen years, and I am confident that she will now be an excellent Commissioner, working for the whole of the European Union.

“I congratulate her wholeheartedly on her selection.

“The Financial Services portfolio is a hugely significant one and I am very pleased that this post has been secured for the Commissioner-designate.

“I would also like to thank Andrew McDowell for putting his name forward for consideration, and wish him the very best for the future.”

Martin later said in a tweet that he has "no doubt whatsoever that she will serve with distinction and will play a key role in the work of the Commission."

Congratulations to @MaireadMcGMEP on her appointment as European Commissioner in an important financial portfolio. It’s a great day for her and her family. I’ve no doubt whatsoever that she will serve with distinction and will play a key role in the work of the Commission. ?? ??

Tanaiste Leo Varadkar also offered his congratulations, noting that Ireland is "fortunate to have people of this calibre representing us at European level:"

Congratulations to @MaireadMcGMEP. An excellent appointment for Ireland in an excellent portfolio. And thanks to Andrew McDowell for putting his name forward, another great candidate. Ireland is fortunate to have people of this calibre representing us at European level

Ireland's Minister for Foreign Affairs Simon Coveney, who was earlier rumored to be in consideration for the nomination, said:

Congratulations to @MaireadMcGMEP on becoming the new EU Commissioner with responsibility for Financial Services. She’ll do a great job.