Though not officially confirmed by the Irish government, Simon Coveney, Mairead McGuinness, and Frances Fitzgerald are understood to be the main contenders. 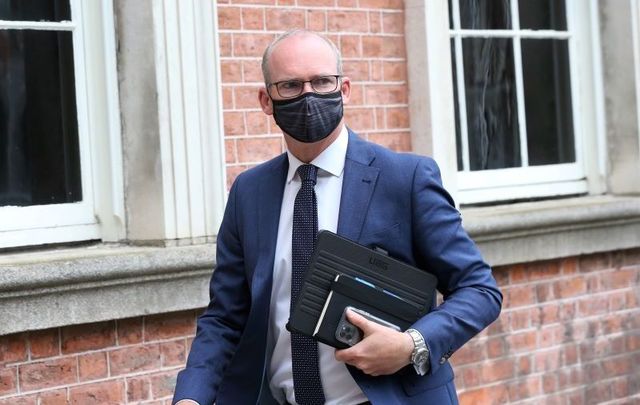 Simon Coveney, pictured here on September 1, 2020, is thought to be the favorite to fill Phil Hogan's role. RollingNews.ie

The role of EU Commissioner for Trade is up for grabs after Phil Hogan formally resigned in the wake of Golfgate.

A woman and a man are vying to replace Ireland’s disgraced European Union Commissioner Phil Hogan who resigned last week for his behavior during the Covid-19 crisis.

EU Commission President Ursula von der Leyen, who accepted Hogan’s resignation, invited the Irish government to submit the names of a woman and a man for her to consider as Hogan's replacement.

While a decision has yet to be reached, Foreign Affairs Minister Simon Coveney is believed to be their favorite for the post.

The woman nomination is rumored to be either of two MEPs: Mairead McGuinness, a senior vice president of the European Parliament, and former Tanaiste Frances Fitzgerald.

Hogan, who was a vital cog in the EU negotiations with Britain on Brexit, held the trade commission post but it’s not known if his replacement will be given the same position or an alternate portfolio.

Hogan formally resigned last week, but he was effectively pushed out after the Irish government and the general public were incensed by his attendance at a golf dinner in Connemara and his travels through locked down Co Kildare despite the country's recently tightened coronavirus regulations.

Co Kildare, which had been shut for 23 days because of a surge of Covid outbreaks, reopened on Monday this week five days earlier than anticipated in its 28-day lockdown period.

Along with Hogan’s resignation, the Oireachtas Golf Society dinner forced several other changes among those who attended, including the resignation of Agriculture Minister Dara Calleary.

Supreme Court Judge Seamus Woulfe apologized for his attendance, and Chief Justice Frank Clarke is awaiting recommendations by former Chief Justice Susan Denham who is currently carrying out a review.

Retired broadcaster Sean O’Rourke withdrew from a part-time commitment with RTE and was replaced on a forthcoming Saturday radio show by Katie Hannon.