Ireland will continue its 65-year-old tradition by presenting a bowl of shamrock to America’s leader Donald Trump on March 17, St. Patrick’s Day 2018. 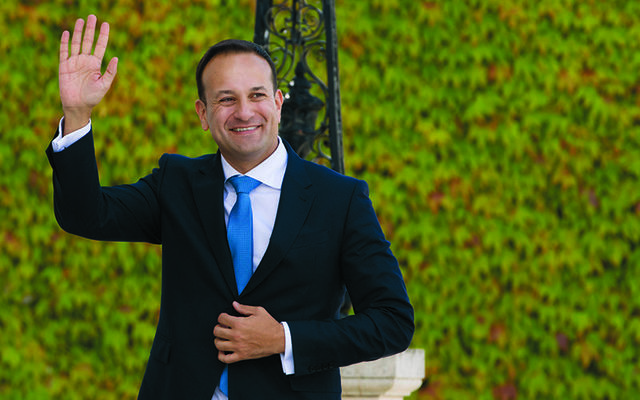 Ireland will continue its 65-year-old tradition by presenting a bowl of shamrock to America’s leader Donald Trump on March 17, St. Patrick’s Day 2018.

The Irish government has officially announced its travel plans for St. Patrick’s Day 2018, including that fact that Ireland’s Taoiseach (Prime Minister) Leo Varadkar will visit President Donald Trump at the White House, as is tradition.

Tánaiste (Deputy Prime Minister) Simon Coveney confirmed on Tuesday that 38 Irish ministers will countries around the world to emphasize Ireland’s approach to Brexit and built trade links. They will also focus on Ireland's campaign to become a member of the UN Security Council in 2021.

Those minister’s traveling to the United States for St. Patrick’s Day include:

Since 1952 a representative of the Irish government has traveled to the White House on St. Patrick’s Day to take part in festivities and present the United States leader with a Waterford crystal bowl of shamrock. As President Truman put it, as a symbol that the “relations between the two countries will continue to be on a good and effective level for generations." In 2018 it seems Leo Varadkar will carry on this tradition.

Read more: History of the shamrock ceremony at the White House for St. Patrick's Day

Varadkar, who came into power in June 2017, had initially not committed to confirming that he would engage in the traditional handing over of the bowl of shamrock in Washington on St. Patrick’s Day. However, in July 2017, he told TIME he hoped to develop a relationship with the American leader. In October Varadkar came out dubbing Trump “fake news” following the US President’s comments on Ireland's corporation tax.

In 2017, during Trump’s first St. Patrick’s Day in the White House, the then Taoiseach Enda Kenny made the international press as he told the President that it is immigrants that make America great.

His speech and Trump’s stony reaction quickly went viral. In his speech Kenny said “It’s fitting that we gather here each year to celebrate St. Patrick and his legacy. He too, of course, was an immigrant. And though he is, of course, the patron saint of Ireland, for many people around the globe he’s also a symbol of — indeed the patron of — immigrants.”

On Tuesday (Jan 16) Coveney released a statement on St. Patrick’s Day plans for 2018. It was announced that a full program will be developed in the coming weeks by Irish Embassies and Consulates to deliver on Ireland’s promotional priorities, with the support of State Agencies. A finalized listing will be published in advance of St Patrick’s Day.

Tánaiste Simon Coveney will visit China, while Finance Minister Paschal Donohoe will be in Argentina on St Patrick's Day. Minister for Justice Charlie Flanagan and Junior Health Minister Jim Daly will fly to Australia. The Minister for Housing, Eoghan Murphy, is going to Japan while Minister for Communications Denis Naughten is scheduled to visit Canada. The Independent Alliance Minister Kevin 'Boxer' Moran will travel to Kenya and his colleague Finian McGrath is going to the Czech Republic. 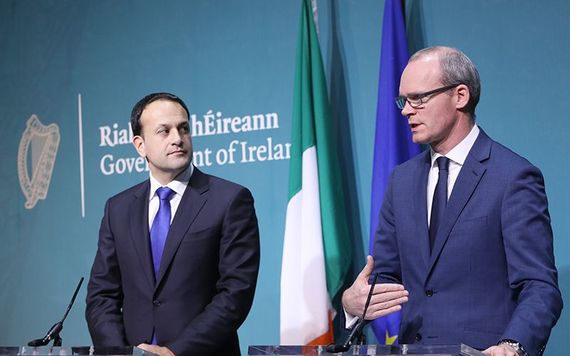 The 2018 St. Patrick’s Day program “Promote Ireland”, according to the government’s press statement will deliver “a comprehensive, strategic approach to high-level visits and trade missions, including St. Patrick’s Day Ministerial programs, is a key commitment of the Government’s trade strategy Ireland Connected, launched in March 2017 and an outcome of the recent Team Ireland Conference. “

Referring to the newly launched program Coveney said “The St. Patrick’s Day period provides a unique opportunity to promote Ireland on the international stage, and to renew the strong bonds between Ireland, the global Irish abroad, and our partners around the world.”

He added “St. Patrick’s Day provides Ireland with an unparalleled opportunity to promote our political and economic interests abroad, as well as access to key political and business contacts in leading markets around world.”

Here is a full list of the countries and the Irish ministers who will visit the, outside the United States:

The Netherlands and Belgium  - Minister for Health Simon Harris

UK  - Minister for Agriculture, Food and the Marine, Michael Creed

Norway and Sweden -  Minister for Culture, Heritage and the Gaeltacht, Josepha Madigan

Do you think the Irish leader should meet with Donald Trump on St. Patrick's Day? Let us know in the comment section below