Leo Varadkar wanted legislators to know the US President is spreading Fake News. 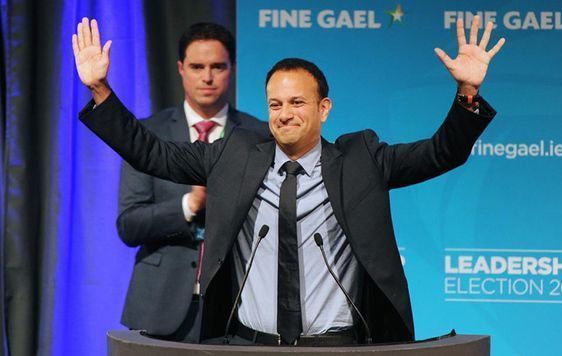 An Taoiseach (the Prime Minister) was commenting on Trump’s recent pronouncements that Ireland was to slash its rate of corporation tax from 12% to 8%.

Trump is trying to push through a big cut to corporation tax the in the US himself and sought to justify his plan with the apparent news that Ireland’s tax rate was set to plummet.

“When China is at 15% and I hear that Ireland is going to be reducing their corporation rates down to 8% from 12%,” he told journalists in the Rose Garden, flanked by Mitch McConnell.

During his campaign last year the President often cited Ireland as an example of a tax regime that was luring American companies away and he made clear he wanted that to change.

“Other countries are outsmarting us by giving them advantages, you know, like in the case of Mexico. In the case of many other countries. Like Ireland is, you’re losing Pfizer to Ireland, a great pharmaceutical company that with many, many jobs and it’s going to move to Ireland,” he told the Washington Post.

Read More: Donald Trump says Ireland is “outsmarting,” stealing jobs from the US

But Ireland’s Department of Finance was quick to deny the story and said it had no plans to cut the tax and that the rate was in fact 12.5%.

Now the news has been confirmed once again by Varadkar.

But perhaps Trump would be honored considering the word “fake” is a term he himself came up with?!

DID YOU KNOW Donald Trump invented the word “fake” 🤔 pic.twitter.com/fjKRHTuDmz