Tanaiste Leo Varadkar has "no case to answer" for disclosing a document to the NAGP when he was Taoiseach in 2019, and labeled the allegations as "politically motivated." 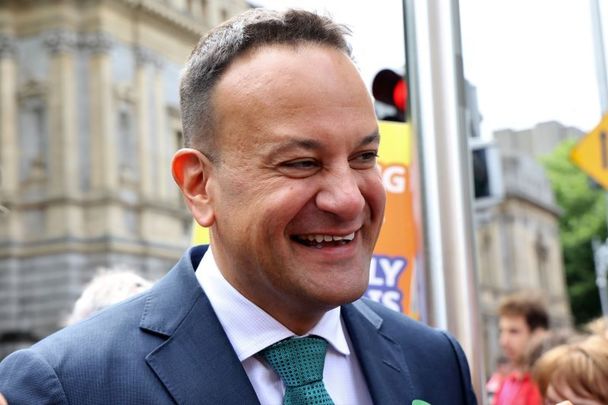 Tanaiste Leo Varadkar will not face prosecution after being accused of leaking government documents when he was Taoiseach in 2019.

Gardaí said in a statement yesterday, July 6: “Following a Garda investigation, a comprehensive investigation file was submitted to the Office of the Director of Public Prosecutions.

“The Director of Public Prosecutions has directed no prosecution against any individual in this investigation. An Garda Síochána has no further comment.”

The alleged leak was first reported by Village Magazine on October 31, 2020.

After the article was published, Varadkar told the Dáil that he gave a copy of an agreement between the Irish Government and the Irish Medical Organisation to his friend Maitiú Ó Túathail, the head of rival organization the National Association of General Practioners (NAGP), while serving as Taoiseach in April 2019.

Varadkar apologized, but mas maintained that he believed he did not break any laws.

In March 2021, Gardaí upgraded their inquiry into the matter to a formal investigation. Both Varadkar and Ó Túathail were interviewed under caution by Gardaí, but were never arrested.

On Thursday, Varadkar, who is due to take over as Taoiseach in December as part of the Coalition terms agreed to in 2020, issued a lengthy statement after it was confirmed on Wednesday that he would not face prosecution.

He said: “On Wednesday, I was informed by my solicitor that the DPP had determined that I have no case to answer in relation to my disclosure of a document to the then President of the NAGP in 2019."

The DPP's decision, he said, followed Gardaí's "thorough and meticulous investigation" into the matter.

He continued: "My disclosure of the document to the President of the NAGP was lawful and I did so in the public interest. I was determined to secure that organisation's support for the agreement we had reached with another organisation on behalf of General Practitioners.

"I accept that my use of an informal personal channel was inappropriate. It was my error and I bear sole responsibility for it. I have been held to account for those actions in the Dáil. I have apologised for it and I want to do so again.

"However, the allegations made against me, that it was anything more than error, were false. They were made by sworn political opponents of me and my Party.

"I know that I did not break any law, do anything corrupt or even self-interested. That is now clear to any fair-minded person.

"Those who made these allegations went to extraordinary lengths to publicise them. Their actions were politically motivated and often highly personalised at times. The tactics and motives of those persons ought to be the subject of some reflection. It is now a matter of public record that at least one of those persons was subject to investigation in respect of their own conduct in this affair."

Varadkar thanked the Taoiseach Micheal Martin, Minister Eamon Ryan, the Fine Gael Parliamentary Party and Party members, his staff, family, partner, and friends for their "trust, confidence and faith in me and for their patience. It has been a difficult and uncertain period for all of us."

He added: "I am very aware that many people and politicians are not allowed due process, the benefit of the doubt or the presumption of innocence. I am very grateful that - because of them - I was. It is something I will reflect on further."

In response to the DPP’s decision announced on Wednesday, Chay Bowes, the Irish healthcare entrepreneur and corporate troubleshooter who helped made the leak public in 2020, said on Twitter on Thursday: "Big fish often get away. But good fishermen never stop. It’s addictive and great fun. Onwards."

The idea that #Leotheleak was “Targeted” or singled out in some way is delusional. He was caught and exposed because of his, and only his #cronyism.