Kimberly Guilfoyle's assistant got a $4 million payout for sex harassment by the former Fox TV host. 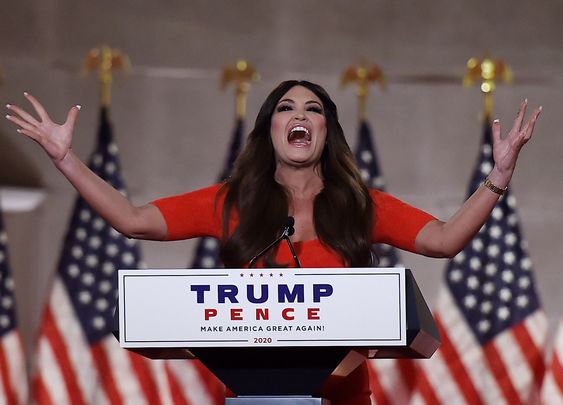 An assistant to Kimberly Guilfoyle, currently Trump’s Chair of his  National Finance Committee received a settlement of over $4 million from Fox News because of sexual harassment by Guilfoyle, New Yorker magazine reports.

Guilfoyle, whose father comes from Ennis, County Clare and who spent many summers in Ireland, is also the girlfriend of Donald Trump Junior and a former high profile Fox host. She was also previously married to California Governor Gavin Newsome.

Investigative journalist Jane Meyer reports that “In November 2018, a young woman who had been one of Guilfoyle’s assistants at Fox News sent company executives a confidential, 42-page draft complaint that accused Guilfoyle of repeated sexual harassment, and demanded monetary relief. Guilfoyle has denied the allegations.”

Guilfoyle has been a major figure in this year’s election. She was given a plum opening-night speaking slot at the Republican National Convention where she made a dramatic speech calling for four more years of Trump. She also heads up “Women for Trump” and “Irish for Trump.”

The assistant was hired in 2015,  as an assistant for Guilfoyle and another former Fox host, Eric Bolling. Meyer writes that the assistant alleged that “Guilfoyle, her direct supervisor, subjected her frequently to degrading, abusive, and sexually inappropriate behavior; among other things, she said that she was frequently required to work at Guilfoyle’s New York apartment while the Fox host displayed herself naked, and was shown photographs of the genitalia of men with whom Guilfoyle had had sexual relations.

Meyer says the draft complaint also alleged that Guilfoyle spoke incessantly and luridly about her sex life, and on one occasion demanded a massage of her bare thighs; other times, she said, Guilfoyle told her to submit to a Fox employee’s demands for sexual favors, encouraged her to sleep with wealthy and powerful men, asked her to critique her naked body, demanded that she share a room with her on business trips, required her to sleep over at her apartment, and exposed herself to her, making her feel deeply uncomfortable.”

When the assistant made the allegations Guilfoyle tried to cover them up Meyer writes, but Rupert Murdoch directly decided she should be fired.

Guilfoyle denied all the allegations in a statement.: “In my 30-year career working for the SF District Attorney’s Office, the LA District Attorney’s Office, in media and in politics, I have never engaged in any workplace misconduct of any kind. During my career, I have served as a mentor to countless women, with many of whom I remain exceptionally close to this day.”