Joe Kennedy to Trump: “Stop pitting Americans against each other” 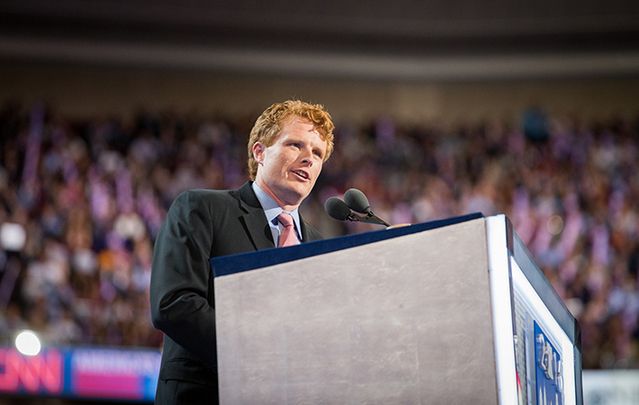 Congressman Joe Kennedy has warned President Donald Trump to stop making America about us against them.

He was speaking to presenter Trevor Noah on The Daily Show. In recent months Kennedy has become increasingly vocal against Trump and has raised his political profile.

“The president and his administration have decided that somehow, for some reason, our country today is us-against-them ― whether it’s a budget, whether it’s a healthcare bill, whether it’s deciding who gets into college,” Kennedy told Noah.

He added: “Almost every single policy proposal you have seen from this a lot of this administration from day one pits American against American.”

Kennedy said Trump’s campaign slogan, “Make America Great Again,” has been a signal for "us against them” policies.

“The part that is most dispiriting and dangerous for all of us is that that is in somebody’s definition of making America great,” the congressman said.

“That somehow we are at our best when we are divided, when we are fighting with each other, when we are trying to compete against somebody else to get to some zero sum game. And by you succeeding means you’re putting some other American down.”