Long-time bookmaker Joe Lee beat out 100 other candidates to secure his role as the one deciding Donald Trump betting odds. 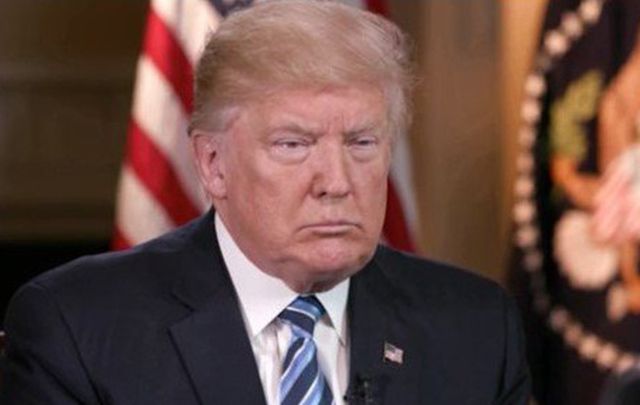 As Head of Donald Trump betting odds, bookmaker Joe Lee has an early start each day checking on the latest updates in the world of Trump Twitter and Trump news. Lee was recently appointed to the full-time role overseeing Paddy Power’s Trump odds and Trump specials. The 35-year-old father of two certainly has his work cut out for him in keeping up to date with the latest twists and turns in the White House drama as he outlines what will make the best (most profitable) Trump bets.

Such is the interest in Donald Trump bets that more bets are now placed on him than on boxing, motor racing or golf, while the 2016 election received twice as many bets as were placed on the outcome of the UK's Brexit vote. Seeing the huge interest in everything Donald-related, Paddy Power decided it was time to set somebody to the task full-time and Lee beat out 100 other candidates from all over the world, including a current employee in a Trump casino in the US, for the job.

Right now the Irish bookmakers have a massive 150 different bets available on Trump, his presidency and what other scandals and controversies could surface in the next few months. They have found people are willing to stake their money 'bigly' when it comes to the 45th President.

Paddy Power (not Vegas of course) has just about every Trump bet imaginable except cabinet firings. pic.twitter.com/1shsFfFdaw

“At the moment you can have odds of 2/1 on Donald Trump being re-elected in 2020. But we’re also giving 4/6 on him being impeached over alleged links to Russia,” Lee told The Sun.

“There’s no one in the world like Donald Trump and people are fascinated by him. He is far more popular than Brexit was with the betting public.

“If Trump is qualified to do that, then I don’t think any other job or candidate can be seen as ridiculous.”

While many of the bets deal with how long President Trump will remain in the Oval Office, others are a little stranger and more controversial, including Trump to paint the White House gold (500/1), The Rock to stand against Trump in 2020 (25/1), A Trump sex tape to be leaked online (14/1) and Trump to confirm he has had hair surgery (2/1).

Just two years ago, Paddy Power was treating Donald Trump as a joke candidate for the Presidency giving him odds of 250/1 to win. So convinced were they of a Hillary Clinton victory, even in the days leading up to the November 8 election, they began paying out in advance to those who backed her. They were eventually forced to fork over $5 million, however, to those who knew all along that Trump had it.

#PaddyPower looking for #DonaldTrump Expert! All you have to do stalking the president online,no experience required https://t.co/Fzo2fdjk0L pic.twitter.com/opSkmsaCb3