“He’d gone quiet over the last month, and we were starting to wonder if he might have ridden out the initial controversies," the bookies said. 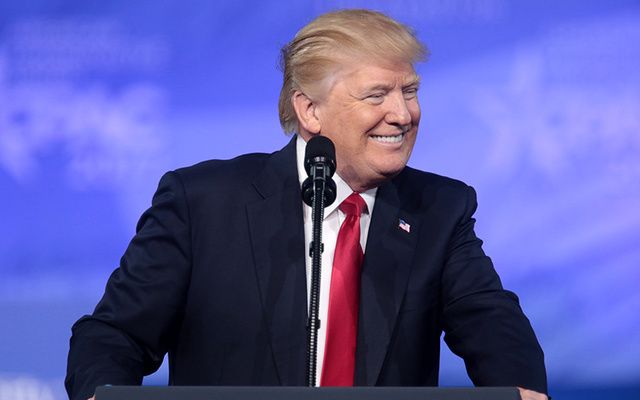 Bookmakers Paddy Power is giving higher odds than ever that President Donald Trump will be impeached before the end of his term following this week’s revelations of Trump Jr.’s discussions with Russians regarding information on Hillary Clinton.

The Irish bookmakers now have odds of 5/4 (55.5%) that President Trump will be impeached by the end of his term while 4/6 odds (a 60% chance) are given that he will not longer be in the Oval Office come 2021. The online betting site had previously given up to a 55% chance that we’d be saying so long to Donald before the next presidential election came around.

“He’d gone quiet over the last month, and we were starting to wonder if he might have ridden out the initial controversies — but he’s back with a bang today, and this could be the beginning of the end of the most unlikely President in history,” Lee Price, a spokesperson from Paddy Power, told MarketWatch.com.

The jump in the likelihood of us welcoming another US President before Trump was due to be completing his term came as President Trump defended his son Donald Trump Jr., describing him as a “great person who loves our country.” After the New York Times revealed it had gained access to emails which showed the President’s son organizing a meeting with Russian lawyer Natalia Veselnitskaya to discuss discriminating information about his father’s Democratic rival  Hillary Clinton, Trump Jr. released the email thread in which the meeting was discussed on Twitter. The thread revealed that it was part of an attempt by the Russian government to support Trump’s campaign.

After the @DonaldJTrumpJr revelations we make it 4/9 that the FBI confirm Trump/Russia collusion. 4/6 Trump is impeached during this term!

The bookmakers believe that the high level of scandal may eventually get too much for the real-estate mogul and that he will take the decision to resign himself, offering 6/4 odds (60%) that the New York-native will throw in the towel. Only 4/9 odds (31%) are offered that he won’t resign before the end of the term while 4/9 odds are also offered that the FBI will explicitly confirm that they have evidence of collusion between the Trump campaign and the Russian government to influence the result of the 2016 US Presidential election.

There’s still a 3/1 chance (75%) that he could serve a second term, according to Paddy Power, however, while 20/1 odds (5%) are offered that Steve Bannon will take over from Trump in the next four years

The best odds are offered that he will resign during 2017 and 2018 while the likelihood of him staying out the four years increases as he gets further into the Presidency, according to the site.

Interestingly, Paddy Power is also looking at the things that Trump may attempt to ban from the US during his presidency offering 500/1 odds that Irish people will be one of the first things to go, odds shared by the likes of stairs. A ban outlawing guns in any state and abortion are top of the list with ⅚ and 3/1 odds, respectively.

While some of the odds advertised by Paddy Power may seem attractive, it should be remembered that the company was forced to make a massive U-turn last November 2016 after they rashly paid out to those who bet on Democratic candidate Hillary Clinton before all votes were even cast, so sure were they of a Clinton victory. They also only offered 100/1 odds on Trump winning the presidency back in 2012 so it could be worth a few quid either way.

How do fancy Trump’s chances of riding out the latest controversy? Let us know your thoughts in the comments section, below.