In a candid interview with IrishCentral, Taoiseach Leo Varadkar says it's time for the Trump administration to appoint a US Ambassador to Ireland. 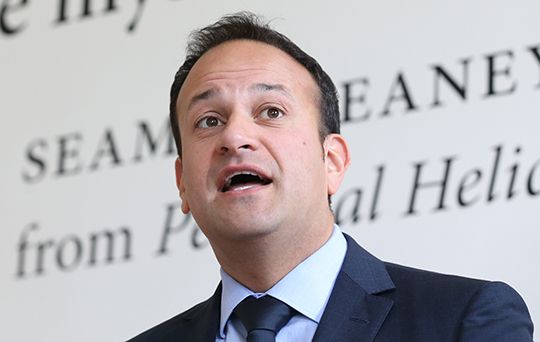 Irish leader Leo Varadkar has stated he is “very keen” for a new US Ambassador to Ireland to be appointed, given there has been no diplomat in place since Obama ambassador Kevin O'Malley departed in January 2017.

The Taoiseach regrets that “as it stands there is no envoy or ambassador to Ireland,” he told IrishCentral in an interview in his government office in Dublin. He said it has a higher priority than re-establishing a special envoy from America to the Northern Ireland peace talks.

The Trump administration's first choice for ambassador, philanthropist Brian Burns, had to withdraw due to a health issue.

The statement by Varadkar is an indication of concern that there is no move yet to replace O'Malley, a process that might take as long as nine months given the backlog of appointments.

Speaking on the North special envoy issue, Varadkar stated that while he had great respect for previous envoys such as George Mitchell and the role in disarmament talks of Canadian General John De Chastelain, it was now up to the parties on the ground to sort the problem out.

Unionists need to understand they are “no longer a majority,” he stated, citing the recent election results where the unionist vote dropped to 45.7%. He added that they must treat Sinn Fein as “equal partners.”

Varadkar also said that Sinn Fein needed to respect their own mandate – as they had demanded of others – and be flexible in talks.

As to whether he would lead his party into a coalition with Sinn Fein if the next election were deadlocked and a Fine Gael / Sinn Fein combination ensured a majority, Varakar answered 'No' but made it clear it has nothing to with Gerry Adams as leader or the party's past links to the IRA.

He explained that the political gap was just too large. “We are a party who are fiscally responsible; they are not,” he said. “We do not want to raise taxes and they do; we are very internationalist and committed to Europe,” he said, noting that Sinn Fein had opposed European membership.

As to the issue of Irish emigrants moving back to Ireland and having to start all over again with driver's licenses, bank accounts, etc., Varadkar said the issue had "come to his attention in various ways."

On driving licenses, he stated that because of the huge disparity in driving tests in America he didn't want somebody driving here who has passed a driving test “nowhere near the standard of the Irish driving test."