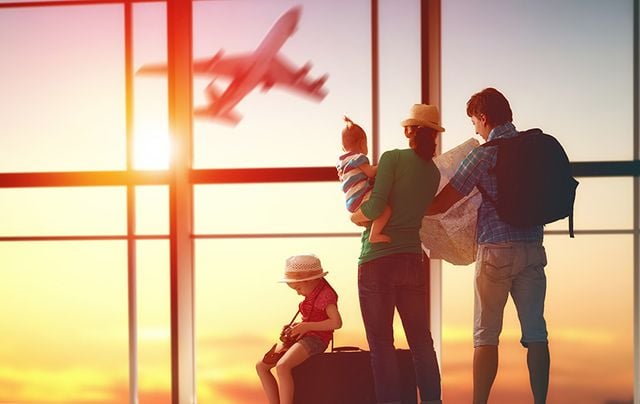 Irish emigrants returning to Ireland have identified the cost of car insurance, high rents, having to redo the driving license test as the major problems as well access to credit, opening bank accounts and patchy broadband coverage.

A support group set up on Facebook, Irish Expats Returning to Ireland, now has 9,675 members. It was “set up for all Irish people who are returning to Ireland after one, two or 10 years abroad” from “Australia, Canada, US, UK” and anywhere else in the around the world.

As Ireland’s unemployment figures continue to drop many of those Irish who fled during the global economic crash are considering moving home, but many are being prevented, or at least their plans are being hampered, by red tape.

One woman wrote, “My husband and I moved home with our 14-month-old daughter in December after spending two years in Boston. I was eight weeks pregnant returning and when we went to get health insurance here we were told that we would have to serve the full new customer waiting periods which included a 52-week waiting period for maternity services. They would not recognize our US health insurance policy."

Her insurance company told her that she was entitled to public maternity care at no additional cost, but she pointed out, “I didn't pay into private health insurance policies for all those years to then have to use public resources that are already stretched to the limit just because I happened to live in the US for two years.”

Banking is also causing members of this group problems. One poster wrote, “We had ridiculous issues getting him bank account. We had to fight so hard with bank and insurance. We want to buy a house have the money sitting for deposit but they won't take it.”

Another woman returning to a rural part of Roscommon having lived in the United States for 21 years explained her difficulty in getting a driver’s license and insurance. She wrote, “I've no idea what we’re going to do. We're living in a very rural area and a car is essential. One insurance quote was €4,500 and that was just for one of us. I thought I could drive for up to a year on my American license, but I'm told now I can't.”

In a similar situation, another wrote: “I have had a full license in The Cayman Islands for over 10 years but it is not accepted here even though Cayman is a British territory. It's hugely frustration and an added anxiety (the test) that I really don't need when trying to settle two small children back into Ireland with new schools… Not to mention the expensive of lessons and test application.”

Their frustration was recently echoed in a letter to the Editor at the Irish Times. The returned emigrant's letter conveyed her “extreme anger at the difficulty” she faced in returning to work in Ireland.

Laura Tobin, a qualified speech and language therapist, moved to the United Kingdom six years ago. Eager to return home to Ireland to work and having found a role in the Health Service Executive she was shocked at the red tape she encountered. She wrote:

“Between the HSE asking for evidence of my MMR vaccines, from 35 years ago, and CORU, which regulates health and social care professionals, claiming a possible 16-week wait to be deemed “fit for practice,” I am starting to wonder if Ireland cares enough about the people who were forced to leave and who are now trying to get back.

“One State agency is holding up a job from another State agency. Céad míle fáilte rómhat go hÉireann! [A hundred thousand welcome to Ireland]”

In a recent presentation to the Committee on Arts, Heritage, Regional, Rural and Gaeltacht Affairs, the Chairman of the Irish Lobby for Immigration Reform (ILIR) Ciaran Staunton said there was “a complete lack of empathy from Government agencies across the board for the plight of returning citizens.”

He told IrishCentral “It is like the returning emigrant is a non-person.

“The fact that most lived and worked in Ireland before they left is never taken into consideration. They may as well be aliens from outer space.”

Last month Staunton said he welcomed the news that a management consulting company would identify barriers to returning Irish emigrants, but he added that he hoped these issues would be dealt with quickly.

Ciarán Cannon, Minister of State for the Diaspora and chair of the Inter-Departmental Committee on the Irish Abroad said, “The Committee has focused its work on addressing government procedures reported to be negatively affecting returning emigrants.

"This economic report will complement the work of the Inter-Departmental Committee on the Irish Abroad, and in particular, the report will review and propose measures to address difficulties in areas that are not immediately within the remit of Departments to alleviate.

"The report will inform Government policy and actions in relation to difficulties it finds. People are invited to write to the Irish Abroad Unit at the Department of Foreign Affairs and Trade if they have examples of specific administrative difficulties they may have experienced in moving home to Ireland to live that could be of relevance in the context of this report.”