Pascal Donohue to speak on tax, trade and the importance of the Irish-United States relationship during tour. 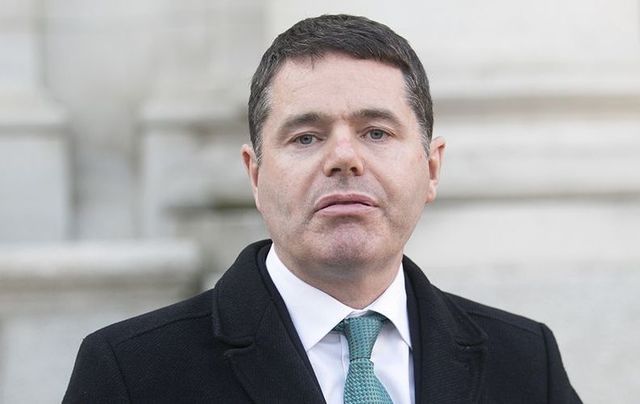 Ireland’s Minister for Finance and Public Expenditure & Reform, Paschal Donohoe arrived in the United States on Monday to begin a four-day official visit to Washington D.C. and New York.

The Minister will meet with key members of the US Administration as well as political figures on Capitol Hill to discuss a wide range of issues including our strong bilateral economic relationship, the European Union-United States relations, as well as international tax issues.  A particular focus will be the prospects for US tax reform in the context of current developments in this area.

In a keynote address to the Brookings Institute has been during which the Minister will speak about the challenges of Brexit for Ireland and the EU. He will also outline the mutually beneficial trade relationship that Ireland and America share and reiterate our determination to foster and enhance that relationship for the benefit of both economies.

1st meeting in Washington is w/ @WorldBank (2nd visit for me this yr) to discuss their work & Ireland’s role in it pic.twitter.com/OXxQjEp631

Over the course of his visit, Minister Donohoe will highlight Ireland’s commitment to the implementation of all of the Organisation for Economic Co-operation and Developmen (OECD) measures necessary to ensure that Ireland’s tax code meets the highest international standards.

Speaking in advance of his visit the Minister said “The key objective of my visit to Washington DC, is to engage with the US Administration and with both sides of Congress on issues such as international trade, the importance of a global approach to tax and the challenge of Brexit.

“I will be updating a number of our key political contacts on developments in Ireland, including our continued economic progress and the ongoing work to prepare for Brexit. While here I will also be emphasizing the continued importance of the Ireland-US economic trade relationship.”

The following is an outline of itinerary in Washington D.C. and NYC:

- Meeting at the World Bank

- Meeting at the International Monetary Fund

Afternoon in Washington spent w/ meeting at @IMFNews and delivering speech to @BrookingsInst on challenges of Brexit pic.twitter.com/bvfX8E3v6o

- Public Address to The Brookings Institute followed by roundtable discussion

- Meeting and interview at Bloomberg Interview