Ireland goes to the polls in four by-elections this Friday, prompted by the departure of former TDs who were elected to the European Parliament. 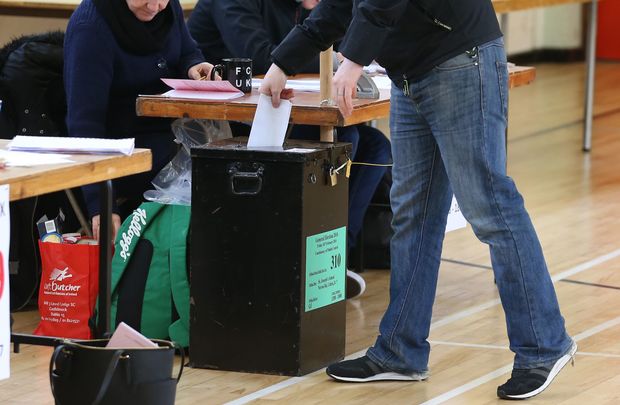 Ireland goes to the polls. RollingNews

Ireland goes to the polls in four by-elections this Friday, prompted by the departure of former TDs who were elected to the European Parliament.

The most controversial contest is in Wexford where there is a deepening division in Fine Gael over their candidate Verona Murphy.

Her business partner Joseph Druhan, who runs a haulage company with her, was recently revealed as a tax defrauder when he was a sole trader.

Eight years ago he made a settlement of over €74,000, including interest and penalties after under-declaring tax returns.  Separately, he was given a 12-month suspended jail sentence for bogus invoices.

Critics have commented on Verona Murphy’s links to him.  They have also been critical of her comment, as president of the Irish Road Haulage Association, that asylum seekers who come to Ireland need to be de-programmed as they may have been influenced by ISIS.

She has repeatedly apologized for the remark and she remains the candidate for the dominant party in the constituency, although Fianna Fáil’s Malcolm Byrne may yet cash in on the controversy surrounding Murphy.

In the Dublin constituency of Fingal, former health minister and former Fine Gael deputy leader James Reilly, now a senator, is the party’s candidate in a 12-person battle for the seat.

His rivals include Fianna Fáil Senator Lorraine Clifford-Lee, who has been apologizing for a string of past comments on her Twitter account.

She used the words “knacker” and “traveler” in a derogatory way.  In another post, she told her followers she had sat beside a “black Brazilian dwarf with ginger hair.”

Taoiseach Leo Varadkar labeled her 2011 tweets “misogynistic,” “racist” and “classist.”  Clifford-Lee told RTÉ, “What happened back then was totally wrong and inappropriate and I’m sorry for offending people.”

One of several independent candidates is failed European Parliament candidate Gemma O’Doherty, a former investigative journalist whose account was removed from YouTube in July for what it said was violations of its policies aimed at protecting against hate speech.

The other voting constituencies are Dublin’s Mid-West where independent Paul Gogarty, a former Green Party TD, may top the poll to be returned to the Dáil; and Cork North Central where the main battle is expected to be between Fianna Fáil’s Pádraig O’Sullivan and Fine Gael’s Senator Colm Burke.