Mary Boyle: The Untold Story - journalism as it should be 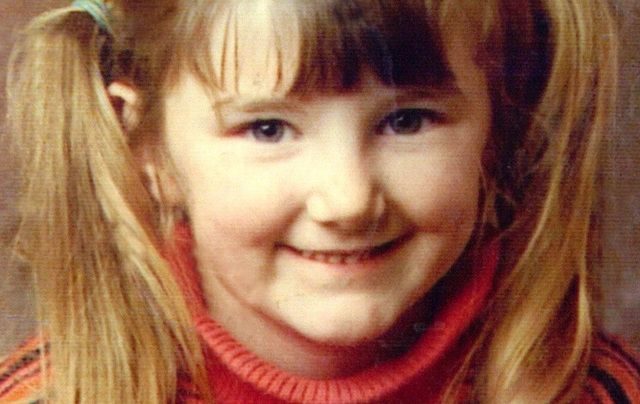 Investigate journalist Gemma O’Doherty is perhaps best known for her work exposing corruption in the Irish criminal justice system and in the police, but one story in particular brought her to the New York Irish Center in Long Island City last week, where a screening of her documentary Mary Boyle: The Untold Story drew a capacity audience.

O’Doherty, who worked for the Irish Independent in Dublin for 18 years until her dismissal in 2013, attended the screening on February 2 and discussed the ongoing fight for justice for six-year-old Mary Boyle, the girl who disappeared in Co. Donegal on March 18, 1977 and whose killer is believed to have received protection from a senior political figure, escaping prosecution for his crime.

The film has received over a quarter of a million views on O’Doherty’s YouTube page since it went online last year, but not everyone welcomed the renewed interest in Ireland’s oldest missing child case.

To me it was just a story that needed to be told,” O’Doherty told the Irish Voice. “The really frustrating thing about it was that the profession that should be telling it was actually keeping a blanket over it and had misled the public so many times in relation to it.”

Asked what’s most often at the root of this professional neglect O’Doherty replies in one word: fear. “They’re afraid. There’s a culture of fear stalking our newsrooms where journalists are afraid to do their jobs. They’re afraid to be tenacious because they look at what happened to me and see what can happen,” says O’Doherty.

They’re economic hostages too, O’Doherty adds. “They’ve got used to the cozy life, they expect to get things handed to them on a plate. So they’re not producing stories in the public interest at the level that they should. They go far too easy on the government. The relationship between power and media should always be a tense, aggressive one.”

The thing that “happened” to O’Doherty is that she got fired from her longtime job as a reporter for the Irish Independent. It quickly became a cautionary tale about how privilege and position conspired to suppress a threat.

“I was immersed in stories of police corruption at the time,” she explains. “I was working with a lot of bereaved families who couldn’t get justice for their loved one who had been murdered. Then I was approached by some garda whistleblowers who felt that the work I was doing was compatible with the work they were doing.”

The whistleblowers had very serious concerns about members of the Irish elite -- journalists, editors, judges, state solicitors and celebrities, she says. “All of them were going on the roads of the country, doing whatever speed they liked and getting their driving points wiped again and again,” says O’Doherty.

“They gave me documentary evidence. The big one concerned Garda Commissioner Martin Callinan. To date the whole truth about his points has not yet come to light because the Department of Justice just refuses to answer questions about that case.”

For her trouble O’Doherty was let go by the Irish Independent and labeled a “rogue reporter.” It was a distancing ploy that was clearly meant to contain her. “I was turfed out over my reporting on that but it was a blessing in disguise I now realize, because it’s given me the opportunity to freelance. I had a great 18 years at the Independent under Tony O’Reilly. I loved working for the paper. It was a fantastic opportunity.”

Her experience made her cynical about the country and how the elite protects itself, however. “I call it the Axis of Evil really, this group of people that look after each other, even within my own profession. There is a culture of favoritism and favors being done and blind eyes being turned to stories of huge public importance,” O’Doherty maintains.

“The real lesson for me is how the public are finally seeing through all of this now. I think there is an awakening going on, in part due to social media. People are turning away from old media and they’re getting their information online from new sources. It gives journalists like me the opportunity to get stories out there.”

O’Doherty believes she is absolutely hated by the Irish establishment and they have done everything to try and knock the reporting she’s doing, yet the Irish public still responds.

“I think a lot of journalists now are just public relations spin doctors,” she says, biting back. “They really work in PR. The lesson for me is there are really toxic relations between the press, politics and police in Ireland.”

What motivates O’Doherty to tell Mary Boyle’s story, or lock horns with the Irish establishment, is the prime directive of journalism: the search for truth and justice, come what may.

“The decent ordinary people of the country who have suffered so much because of austerity are increasingly dissenting (from the traditional media’s viewpoint) these days,” she says. “I think they will be a force for good. I think it’s already started.”