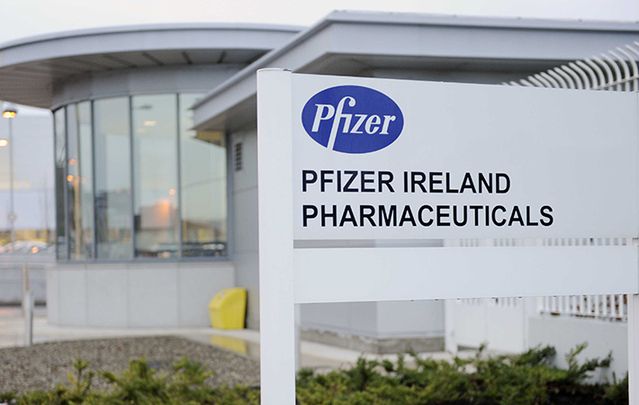 Pfizer, the maker of Viagra and Lipitor, has struck a deal to buy Botox maker Allergan in a transaction valued at about $160 billion. Rollingnews.ie

Hillary Clinton and her two Democratic rivals as well as Donald Trump have slammed Pfizer drug company for merging with Allergan in a $160 billion deal because Pfizer will now pay Irish tax rates, which are far less than US corporate tax rates.

Clinton stated that the merger with Allergan, which is based in Ireland, will “leave U.S. taxpayers holding the bag.” The merger creates the largest drug company in the world.

Even though Allergan is only one tenth the size of Pfizer they will technically be doing the taking over which will allow the new company to claim Dublin as its tax base.

“For too long, powerful corporations have exploited loopholes that allow them to hide earnings abroad to lower their taxes. Now Pfizer is trying to reduce its tax bill even further,” Clinton said in a statement.

“This proposed merger, and so-called ‘inversions’ by other companies, will leave U.S. taxpayers holding the bag. As President, I will fight to reform our tax system to reward growth, innovation, and job creation here in the United States. We cannot delay in cracking down on inversions that erode our tax base.”

Clinton stated that she’ll soon reveal specific policy proposals to address corporate inversions, which is what these takeover deals are called. Apple, Google and Facebook are among the companies that benefit from Ireland’s low tax rate, although all three continue to be headquartered in the United States.

Donald Trump found himself in rare agreement with Clinton. "The fact that Pfizer is leaving our country with a tremendous loss of jobs is disgusting,” he stated.

Bernie Sanders went further than Clinton and stated, "The Obama administration has the authority to stop this merger, and it should exercise this authority."

Martin O’Malley stated the merger was “a prime example of how our capitalist economy is not supposed to work.”

The huge deal between Pfizer and Allergan will leave Ireland with a new biggest company https://t.co/wmdGM3NBbL pic.twitter.com/99yw9kiq7v