Is Hillary Clinton the comeback kid for 2024?

Two Democratic insiders speculate that Hillary Clinton could make a comeback in the 2024 US Presidential election. 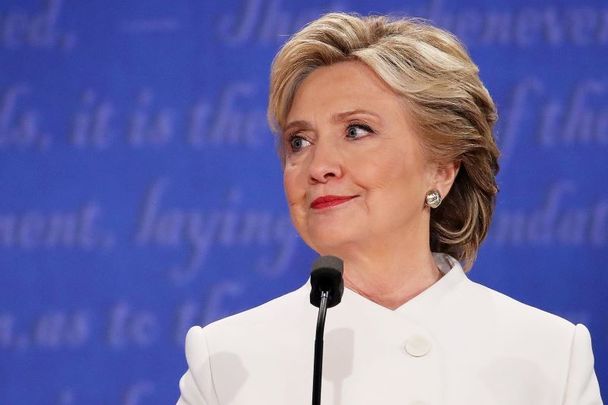 Don’t look now, but are we witnessing the birth of Hillary Clinton 3.0 as a possible contender for the Democratic nomination for president in 2024?

Reason for Hillary redux? Both men think Dems are heading for defeat if it’s Biden/Harris again.

They write: “Several circumstances—President Biden’s low approval rating, doubts over his capacity to run for re-election at 82, Vice President Kamala Harris’s unpopularity, and the absence of another strong Democrat to lead the ticket in 2024—have created a leadership vacuum in the party, which Mrs. Clinton viably could fill.”

They say: “She is already in an advantageous position to become the 2024 Democratic nominee. She is an experienced national figure who is younger than Mr. Biden and can offer a different approach from the disorganized and unpopular one the party is currently taking.

They write: ”If Democrats lose control of Congress in 2022, Mrs. Clinton can use the party’s loss as a basis to run for president again, enabling her to claim the title of 'change candidate.'"

They claim the seeds are already being sown and that Hillary has made it clear in several interviews that she is itching to get back in off the sidelines.

Her husband, Bill, is quite clear that he’s enthusiastic too. He stated recently there is no one more qualified, including himself to be president and that the country took a very wrong step when Trump was elected thanks to FBI Director James Comey.

The writers say Hillary has already laid out the main criticism of Biden//Harris in recent remarks.

They note: “Mrs. Clinton also took a veiled jab at the Biden administration and congressional Democrats in an effort to create distance: 'It means nothing if we don’t have a Congress that will get things done, and we don’t have a White House that we can count on to be sane and sober and stable and productive.'"

It would have to be a perfect storm, of course, a hugely unpopular president and imminent defeat.

But never write off the Clintons. No one saw Trump coming either in 2016.

Hillary for 2024? A longshot, but not an impossibility.