"If I become president, we're going to be saying Merry Christmas at every store." 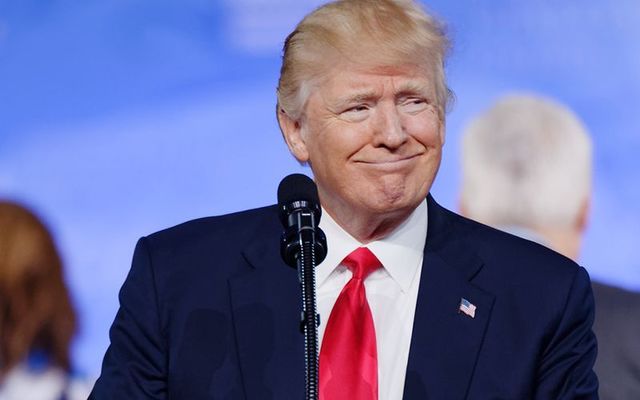 "If I become president, we're going to be saying Merry Christmas at every store."

Since the early 2000s, those on the American political right, have argued that there is an effort to secularize Christmas and eradicate Christian traditions. Now comments from the president seem to suggest he believes he’s won that war in his first year in office.

According to Politico, the “War on Christmas” started in December 2004, when former Fox News personality Bill O’Reilly first aired the segment “Christmas Under Siege” on The O’Reilly Factor.

Read More: The only thing the Irish googled more than “Donald Trump” in 2017

“All over the country, Christmas is taking flak,” O’Reilly told viewers. “In Denver this past weekend, no religious floats were permitted in the holiday parade there. In New York City, Mayor Bloomberg unveiled the ‘holiday tree,’ and no Christian Christmas symbols are allowed in the public schools. Federated Department Stores—that’s Macy’s—have done away with the Christmas greeting ‘Merry Christmas.’”

Since then, "...the War Over Christmas has become tarted up, 24-houred and Twitterized — even as it has grown drearily routine, an annual pageant in which culture warriors line the trenches," Politico’s Daniel Danvir writes.

During his campaign, Trump promised supporters: "If I become president, we're going to be saying Merry Christmas at every store."

And Trump seems to believe that one of his achievements since taking office is helping Christmas” win the war.

During the lighting of the National Christmas Tree earlier this month, President Trump noted that it was President Ulysess S. Grant who made Christmas a federal holiday.

"And I sort of feel we are doing that again," Trump said, according to CNN. "That's what's happening."

Dan Cassino, a professor of political science at Fairleigh Dickinson University told CNN: "Trump is no one's idea as an evangelical Christian, but he is very much using the same rhetoric as the war on Christmas. And it fits very much into his worldview that the people he's representing have been left behind by this liberal society."

According to a recently-published Pew Research Center survey, most adults in the U.S. believe the religious aspects of Christmas are emphasized less today than they used to be, but only 31 percent said "they are bothered at least 'some' by the declining emphasis on religion in the way the U.S. commemorates Christmas."

According to the poll, the "remaining two-thirds of the U.S. public either is not bothered by a perceived decline in religion in Christmas or does not believe that the emphasis on the religious elements of Christmas is waning.”

The survey also showed that while 32 percent of the U.S. public say they prefer for stores and businesses to greet customers with “Merry Christmas” during the holidays, 52 percent say that a business' choice of holiday greeting does not matter to them.

Although the so-called “War on Christmas” is believed to have begun in recent years, the holiday has been banned at different times throughout history, oftentimes by Christians themselves.

England’s Puritan Parliament banned Christmas outright in 1647, believing the holiday full of vice and lacking in spiritual basis, according to Business Insider. Early American colonists also shunned the holiday. Christmas in the U.S. as we know it today, did not begin to take hold until the mid-1800s.