English bakers Greggs’ sausage roll Jesus caused outrage and religious groups have called for a boycott of their baked goods. 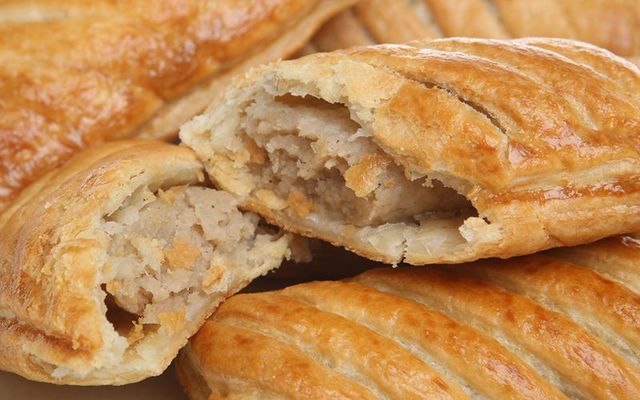 While advertising their 2017 advent calendar, bakery chain Greggs caused offense by replacing the baby Jesus with a sausage roll.

Popular English bakery chain Greggs has caused the first Christmas controversy of the year by replacing the baby Jesus with a sausage roll in a Nativity scene. The Greggs’ sausage roll Jesus was used by the bakers to promote their 2017 advent calendars but they have since been forced to apologize as religious groups called for a boycott of their products.

The Freedom Association, a pressure group in the UK that describes itself as nonpartisan, center-right and libertarian, were one of the loudest voices rising in complaint of the image, branding it as “sick” and claiming that Greggs would never dare insult other religions in such a way.

“What cowards these people are: we all know that they would never dare insult other religions! They should donate every penny of their profits to @salvationarmyuk.”

While the image was generally well received on their social media accounts, many respecting the manner in which a Greggs sausage roll is also idolized by the masses, the bakers have apologized none the less, although they will continue to sell their $32 (£24) advent calendars from next week.

“We’re really sorry to have caused any offence, this was never our intention,” said a spokesperson for the chain.

The advent calendars themselves sport another Greggs Yuletide favorite, the Festive Bake, fitted into a Santa Claus sack with the greeting “Merry Greggsmas.” Behind the 24 doors are discounts for Greggs products priced in total between $46 and $86 (£35 and £65).

Santa tucking into a sausage roll is one of the images behind a door of the Greggs advent calendar. Image: Greggs.

“Novelty advent calendars have been around for years, so we thought it was time to take the concept up a notch. Fans won’t be disappointed by what’s behind the doors,” said a spokesperson at the launch of Greggs’ advent calendar last week.

A spokesperson for the Evangelical Alliance, Daniel Webster, said: “Putting a sausage roll in the manger of a nativity scene seems to be manufacturing a scandal to sell baked goods and neglecting the real scandal of Christmas. Every year some company creates a Christmas controversy for commercial gain; it seems to get earlier each year.”

A scene from the Greggs advent calendar. Image: Greggs.

Are you offended by Greggs’ sausage roll Jesus or is it PC gone mad? Let us know your thoughts in the comments section, below.