Jonathan Powell thinks a deal threatens the British Government’s ability to help Sinn Féin and the DUP reach a deal on power sharing. 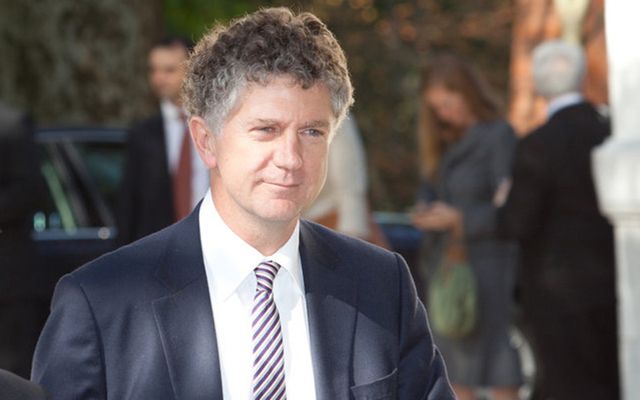 Thursday’s General Election results saw the Conservative Party unexpectedly fail to win a majority of seats - meaning it will rely on the right-wing Ulster party to stay in power for the next five years.

60 year Powell was heavily involved in negotiating the Good Friday Agreement that brought peace to the province and told Sky News on Friday, “I really would appeal to the Government not to go down this path.”

“If we find ourselves taking sides, how on earth are we going to mediate between the unionists and the nationalists where we’re trying to establish government?

Powell added that John Major - the last time a Conservative Prime Minister with a small Parliamentary majority - hadn’t agreed a formal alliance with the DUP because “he did not want to be depending on [them] and find himself unable to be even handed in Northern Ireland.”

John Major won a slender majority in 1992 and whilst his Government never entered into a formal deal with any other party it did become increasingly reliant on nine MPs from the Ulster Unionist Party - then the largest unionist party.

He added that the DUP’s fulsome support for Brexit was an additional problem.

“One of the three subjects the EU have put on the agenda for the initial negotiation on Brexit is the border between north and south.

“So if we go into that negotiation with the DUP supporting the Government, they’re obviously going to be taking the DUP position on Northern Ireland in or out of the EU.

“And that in itself is going to lead to another problem. We really don’t want a political crisis in Northern Ireland.”

In fact, leaving the EU was backed by two of the smaller parties in the Northern Ireland Assembly.

The DUP’s vision of Brexit already looks similar to the Conservative Party’s: both have committed to leaving the Single Market and the Customs Union which mandates common standards in goods across the bloc and a single trade policy. They advocate an open border between the north and south of Ireland but would fiercely oppose any Brexit deal that gives Northern Ireland a slightly different deal to the rest of the United Kingdom.

It is not yet known what concession the party will extract from the British Government in return for backing them. More money than already promised for senior citizens is likely and a reduction in corporation tax to 12.5% - the same level as in the Republic of Ireland -  also probable.