The agreement means Northern Ireland is in line to receive roughly $1.3 billion worth of extra spending over the next two years. 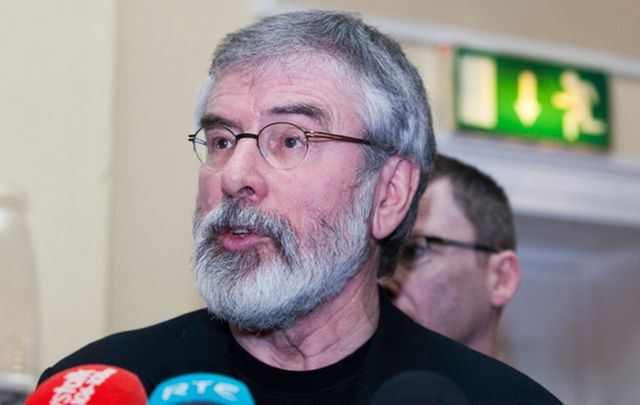 Northern Ireland’s Democratic Unionist Party (DUP) has agreed a deal that will keep Theresa May’s Conservative Party in power under a confidence and supply agreement.

The agreement means Northern Ireland is in line to receive roughly $1.3 billion worth of extra spending over the next two years and will mean the DUP’s ten MPs (legislators) will back the Conservative Government’s budget and other key proposals.

But opposition parties are not happy; Sinn Féin President Gerry Adams has criticized the deal on the grounds that it, “The price of today’s DUP-Tory deal is DUP support for continued Tory Austerity and cuts to public services. It provides a blank cheque for a Tory Brexit which threatens the Good Friday Agreement.”

He added that the “allocation of additional funds could help to ease the enormous pressure on our public services” but caveated that “the devil is in the detail.”Labour leader Jeremy Corbyn said the agreement was “clearly not in the national interest” and Scotland’s First Minister Nicola Sturgeon called it "the worst kind of pork barrel politics".

By contrast, DUP leader Arlene Foster called the agreement "good for Northern Ireland and the UK".The need for such a deal came about after Prime Minister Theresa May’s decision to call a surprise election for June 8 backfired spectacularly; her huge poll lead withered to a few points by election day and the Conservative Party lost 13 seats. the party currently has 318 seats, eight short of an overall majority in the House of Commons.

With the DUP’s 10 MPs it can rely on 328, giving it an absolute majority of six over all other parties. As Sinn Féin’s seven MPs do not take their seats and the Speaker does not vote - unless there is a tie - the Government now has an effective working majority of 12.

Read more: Why the Tory Party love-in with DUP will end in tears

Under the terms of the deal the Conservative Party’s commitments to curtail certain benefits for senior citizens have been scrapped: old age pensions will continue to rise at the same rate as either earnings, inflation or 2.5% a year - whichever is highest. The Conservative manifesto had pledged to raise pensions only at the rate of inflation or earnings - meaning a rise of at least 2.5% annually was no longer guaranteed.

The agreement makes clear that policy has been binned and the status quo will remain. All senior citizens will also continue to receive welfare payments to help them pay their heating bills in winter - the Conservative had previously pledged to scrap the benefit for wealthier individuals.

The British Government has also recommitted itself to spending 2% of GDP on the Armed Forces and agricultural subsidies will be maintained at their current levels after Britain leaves the European Union.

All those policies will be UK-wide, but Northern Ireland will also benefit from $1.3 billion worth of extra cash to be spent by the Northern Ireland Executive, if and when power sharing is restored.

If an agreement is reached by June 29, then Northern Irish ministers will distribute the extra cash. However, it is uncertain whether a deal can be done between the DUP and Sinn Féin by then.

Much has been made in the British press of the DUP’s opposition to abortion and gay marriage and even a number of Conservative MPs made clear they were wary of a deal with a party of Ian Paisley.

And lo! The Tories did conjure up the magic money tree to shower gifts on their homophobic, anti-choice, climate change denying friends

Read more: A new Brexit referendum is Britain’s only hope for the future

The Irish Government had also expressed concerns about any agreement could breach the Good Friday Agreement but speaking from Belfast the new Minister for Foreign Affairs Simon Coveney said that an “enhanced Northern Ireland voice” could be beneficial with regards to Brexit.

Although 56% of voters in Northern Ireland voted to stay in the European Union, the DUP campaigned strongly for leave and its vision of Brexit chimes strongly with that of Theresa May.

Speaking in Dublin recently after meeting Ireland’s new Taoiseach (Prime Minister) Leo Varadkar, Foster said, "We want to see a Brexit that works for everybody, not just in Northern Ireland from my perspective but in the Republic of Ireland as well, so it is about a sensible Brexit.”

Like Theresa May, the DUP wants out of both the customs union and single market which mandates common standards for goods and services. Dublin had hoped that the British Government would opt to leave the EU but remain in both (like Norway) but such an agreement would mean Britain would still be required to implement certain EU laws - anathema to many in both the DUP and the Conservative Party.