Government formation talks between Fine Gael and Fianna Fáil have been damaged after several Fianna Fáil TDs publicly attacked the government over the weekend. 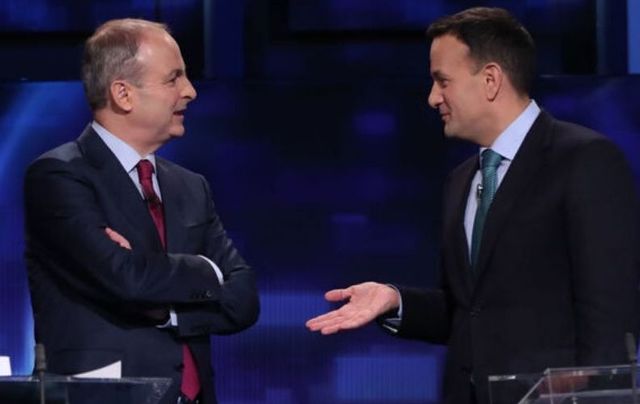 Government formation talks between Fine Gael and Fianna Fáil have been damaged after several Fianna Fáil TDs publicly attacked the government over the weekend, according to Fine Gael.

Fianna Fáil TDs Barry Cowen and Thomas Byrne accused Fine Gael of putting party before country after the Department of Housing, Planning and Local Government confirmed that it is preparing logistical plans to hold elections during the COVID-19 pandemic.

Read More: What you need to know about Ireland's next leader Michéal Martin

The department is preparing plans to hold referendums, by-elections, and even general elections during the pandemic and a spokesperson for Minister for Housing Eoghan Murphy said that this planning is completely separate from government formation talks.

The spokesperson said that Fine Gael remained absolutely committed to forming a government but that the party had to plan for every scenario due to the uncertain nature of COVID-19.

"If we don't prepare we risk far greater damage to our electoral process," the spokesperson said.

The contingency plans included spreading voting over a number of days, allowing those cocooning to vote via postal vote, and allowing people to vote from nursing homes.

However, Fianna Fáil was not consulted about the plans and the party believes that it should have been informed.

Thomas Byrne, meanwhile, claimed it was "utterly sick" to plan any sort of voting in nursing homes given the devastation that has occurred in nursing homes around the country during the pandemic.

Fine Gael said in a statement on Sunday that those comments have damaged the ongoing government formation talks between the two parties.

The statement said that officials were only doing their jobs and that the comments were "unwarranted" and "damaged" the formation talks.

"There is no specific provision for public health emergencies (eg pandemics) envisaged in the Constitution or the law. Officials were only doing their jobs by scenario planning for all eventualities," the Fine Gael statement said.

The statement also appeared to attack Barry Cowen, who recently suggested that a referendum on land prices would be held as soon as possible under a Fine Gael and Fianna Fáil government. No such agreement has taken place, according to the statement.

"It is also rather ironic that one of the two [Cowen and Byrne] had recently claimed falsely that both parties had agreed to hold a referendum within weeks of forming a Government, presumably during a pandemic."

The Irish Times reports that Martin offered to call Varadkar on Sunday night but that the offer was not taken up.

The Irish Times additionally reports that all Fine Gael ministers will resign if the parties enter government together and Barry Cowen makes similar comments.

"Either he’ll be resigning or all FG ministers will be," an anonymous Fine Gael source told the Irish Times.

Furthermore, Fine Gael will expect a full apology and a withdrawal if Thomas Byrne attacks a Fine Gael TD when the parties are in government together.

Coveney contacted Calleary to assure him that Fine Gael was not planning a snap general election and he said that he believed a government could still be formed.