What you need to know about Ireland's next leader Micheál Martin

Here's all you need to know about Micheál Martin, the man likely to become Ireland's next Taoiseach. 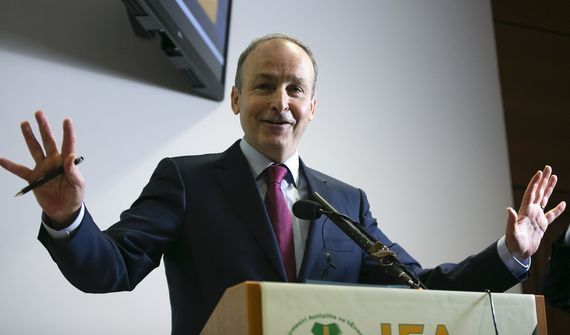 Michéal Martin is set to become the next leader of Ireland. RollingNews.ie

Fianna Fáil, Fine Gael, and the Green Party have been in negotiations for almost two weeks, which appears to be the only likely coalition government.

There is currently some degree of uncertainty over that coalition as Fine Gael and Fianna Fáil are currently bickering over petty issues, which Fine Gael claim have damaged government formation talks, but it is in all parties' best interests to resolve them and form a coalition.

The three-party coalition consists of 85 TDs - five more than the 80 seats required for a majority in the Dáil - and it is unclear how it would operate given the fact that Fianna Fáil (38 seats) only won three more seats than Fine Gael (35).

One thing is clear, however; Michéal Martin will be the first Taoiseach of that new government.

It is possible that Martin and current Taoiseach Leo Varadkar will agree to the concept of a rotating Taoiseach over the next five years, where the office of Taoiseach rotates between the two leaders until the next general election.

It stands to reason, however, that Michéal Martin will get the first go in the unprecedented role of rotating Taoiseach since he leads the party with the most seats in the Dáil.

With that in mind, here's all you need to know about the man likely to become Ireland's next Taoiseach.

A veteran of Irish politics, Martin was born in Cork City in 1960 and has represented the Cork-South Central constituency as a Fianna Fáil TD for 31 years after first working as a teacher.

The Fianna Fáil leader was first elected to the Dáil in 1989 during a snap election and has been successfully re-elected in every subsequent election.

He became a cabinet member for the first time when Fianna Fáil and the Progressive Democrats formed a coalition after the 1997 general election.

Martin served as Minister for Education and Science from 1997 until 2000 when he assumed the more high-profile role as Ireland's Minister for Health.

The role is arguably the most volatile position in Irish politics due to the continuous controversy and scrutiny that surround every decision in Irish hospitals.

He served in the role for four years and there are mixed reviews of his time in office.

He introduced a blanket smoking ban in all Irish workplaces, including pubs and restaurants in 2004, which is heralded as one of the most significant smoking regulations ever introduced in Ireland. 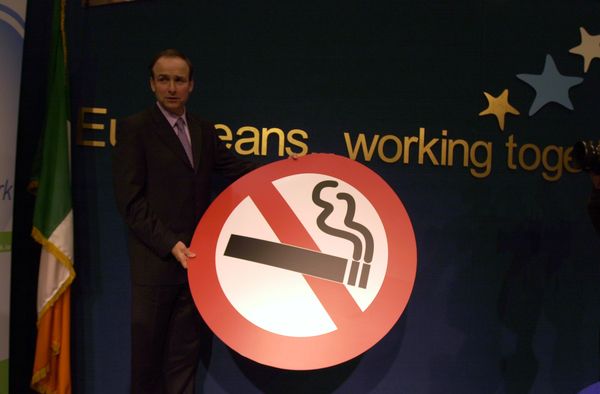 Ireland became the first country in the world to implement a blanket ban on smoking in the workplace during Martin's tenure as Health Minister.

Martin stood firm in the face of fierce opposition from publicans, politicians and Irish citizens in the interest of public health to implement a piece of legislation that is now implemented in most countries around the world.

On the other hand, some high-profile politicians blame Martin for exacerbating Ireland's growing hospital trolley crisis.

Trolley crises are synonymous with the Irish Department of Health and have been a constant issue over the last two decades.

Hospital patients are often left on trolleys in corridors as they await beds in wards and it has proved to be one of the most contentious issues in Irish health this century.

While serving as Minister for Health in 2015, Leo Varadkar pointed to Martin's four-year tenure as Health Minister and said that he had caused the problem to deteriorate.

Varadkar said that Michéal Martin had the tools to prevent the trolley crisis from escalating but failed to address the budding problem. Varadkar labeled him a "poor example to follow."

Martin took over the role of Minister for Enterprise, Trade and Employment in 2004 and again served in the role for four years before taking over as Minister for Foreign Affairs in 2008.

He was embarrassed just a month into his tenure when he oversaw the failed Referendum on the European Union's Lisbon Treaty, which handed more power to the EU.

All 27 other member states had already ratified the treaty and the EU placed enormous pressure on Ireland to vote yes as it required a unanimous 28-member vote in order to pass it.

Almost all government parties supported a "yes" vote in the referendum and Martin lead the Yes campaign as Minster for Foreign Affairs. 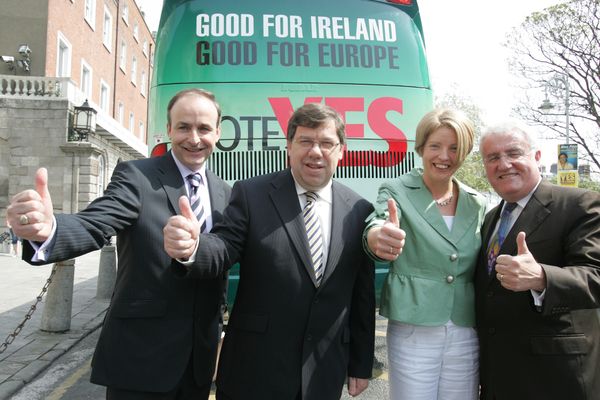 However, the Irish people rejected the Lisbon Treaty in the 2008 referendum due to a lack of clarity about the treaty's meaning.

The Irish Government held a second referendum on a revised Lisbon Treaty just over a year later and, this time, the Irish people voted in favor of the treaty. allowing Martin to somewhat save face.

He continued to serve in the Fianna Fáil and Green Party coalition as Minister for Foreign Affairs until 2011 when he was elected as the party's leader. 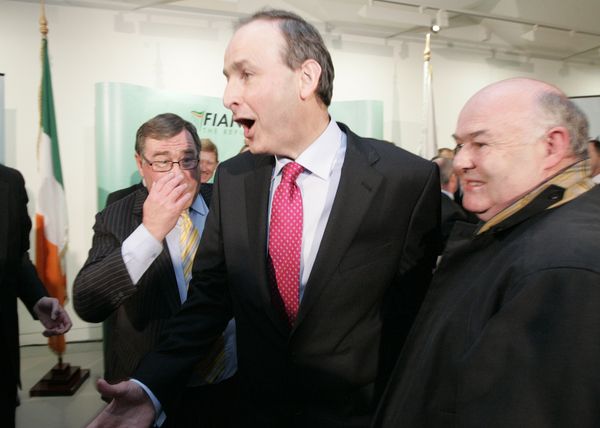 His timing couldn't have been worse. In February 2011 - one month after he became leader of Fianna Fáil - the party was decimated in the 2011 General Election as the Irish electorate punished them for its role in the 2008 economic recession which crippled countless facets of Irish life.

The 57-seat loss was the worst defeat of a sitting government in Irish history and Fianna Fáil's worst-ever election result.

Martin began rebuilding the party as leader of the opposition from 2011 to 2016 under the Fine Gael and Labour Government.

His efforts were aided by the Fine Gael and Labour coalition's decision to introduce austerity into virtually every walk of Irish life in an effort to rebuild the country's economy.

Fianna Fáil enjoyed a credible recovery under his leadership in the 2016 general election, more than doubling the seats they won in 2011. In fact, they were just six seats away from once again becoming Ireland's largest party as Fine Gael's support began to plummet.

Martin, however, had to contend with being leader of the opposition once more in a fragmented Dáil.

Unable to form a majority, Fine Gael negotiated a confidence and supply deal with Fianna Fáil which allowed them to operate as a minority government.

Under the terms of the confidence and supply deal, Fianna Fáil agreed to abstain from votes on the Taoiseach in return for advantages like the right to bring forward policy proposals.

That confidence and supply deal lasted far longer than anyone expected and Ireland didn't go to the polls again until 2020.

Fianna Fáil entered the election as the favorite to pick up the most seats for the first time under Martin's leadership and the party looked set to win significantly more seats than Fine Gael in early polls.

Unfortunately for Martin and Fianna Fáil, however, few predicted the surge in support for Sinn Féin that saw the left-wing republican party massively increase its representation in the Dáil while Fine Gael and Fianna Fáil numbers crumbled.

The result? Three almost identically-sized political parties with a history of contempt for one another and little means of forming a government without forming a coalition with at least one of its rivals.

Both Fine Gael and Fianna Fáil ruled out going into government with Sinn Féin, leaving a Fianna Fáil and Fine Gael coalition as the only possible solution.

The parties appear to have agreed to a rotating Taoiseach due to the similar number of seats both won in February and it is in Martin's best interests to accept the proposal.

He may not be a conventional Taoiseach, but at least he will be a Taoiseach.

The unthinkable alternative is becoming the first-ever Fianna Fáil leader to miss out on the role of Taoiseach and he will surely want to avoid the ignominy that accompanies that unwanted first, so it is in his best interests to resolve the current petty conflict between the parties and form a government.

Martin will fulfill a life-long political dream if he assumes the office of Taoiseach, but it's doubtful that he ever would have dreamed of taking on the role in the middle of an unprecedented pandemic and prior to an imminent global recession.