A top diplomatic post, a look at the American Catholics up for consideration for the US ambassadorship to the Holy See. 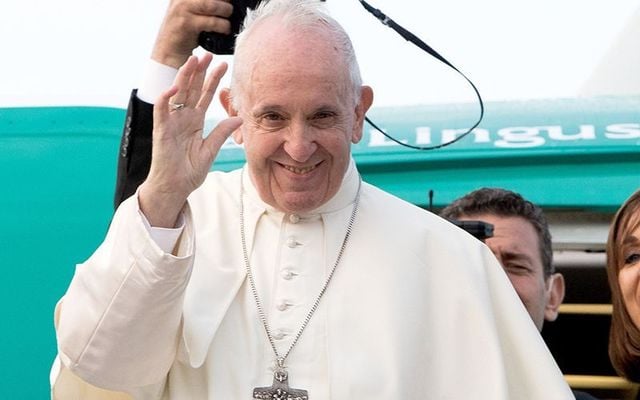 Pope Francis: Who will fill the position of US Ambassador to the Holy See? Maxwell's / RollingNews

As President Joe Biden continues to fill out his administration the list of possible candidates for US Ambassador to the Vatican includes two leading Irish American Catholic.

Joe Biden is just the second Catholic president in the United States history. As the proud Irish American continues to line out his administration, including ambassadorial roles, two fellow Catholic Irish Americans are among the frontrunners.

Biden wears his Catholicism and Irish ancestry on his sleeve. In fact, the President proudly placed a photograph of him and Pope Francis on the table behind his desk in the Oval Office. While the relationship between the Vatican and the United States was once fraught since 1984 they have maintained formal diplomatic relations.

Among the favorites for the Vatican position are Elizabeth Frawley Bagley, an attorney who has held diplomatic positions in the Clinton and Obama administrations, and Martin O’Malley served as the 61st governor of Maryland and the 47th mayor of Baltimore. Also in the running for the US ambassadorship to the Holy See are Felice Gorordo, Alexia Kelley, Dan Lipinski, Kerry Robinson, and Stephen Schneck according to America Magazine.

Elizabeth Frawley Bagley a graduate of Regis College and Georgetown University School of Law, has served as the U.S. ambassador to Portugal (1994-97), as Special Representative for Global Partnerships (2009-10), and as Special Advisor for Secretary’s Initiatives (2014-17).

She is a supporter of the Democratic Party and serves on the board of directors of the International Centre for Missing & Exploited Children, the American Ireland Fund, the National Democratic Institute for International Affairs and the National Park Foundation. Bagley also served on the Catholics for Biden outreach initiative during his presidential campaign.

Martin O’Malley, also an attorney, served as the 61st governor of Maryland and the 47th mayor of Baltimore. A former presidential candidate, O'Malley served as chairman of the Democratic Governors Association.

Ambassador to the Holy See

The Holy See diplomatic position has always been seen by the United States as an excellent listening post as the Vatican gets information from bishops and religious orders all over the world, according to the National Catholic Reporter.

It's also recognized that Papal statements, from Pope Francis, have a worldwide impact.

Every administration has areas of policy where they agree and disagree with the Vatican. However, the Vatican will support President Biden's multilateral approach to foreign policy as opposed to former President Donald J. Trump's administration's unilateralism.

The Vatican also plans to work with Biden's administration on the issues of climate change, the Middle East, migrants and refugees, and world poverty.