Emigrants warned about downside of moving back to Ireland 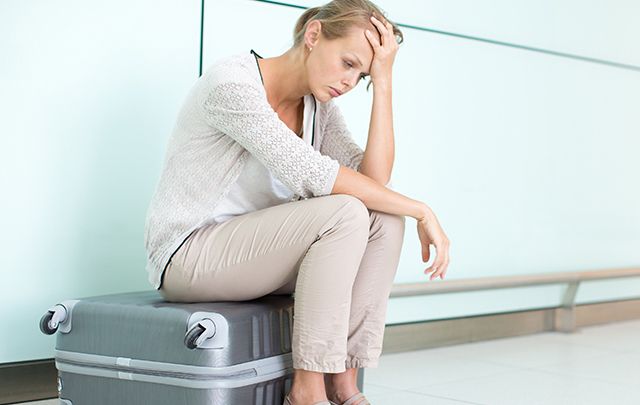 Returning emigrants warned to think hard and do research before returning to Ireland. iStock

Some former emigrants who have returned home in recent years have been shocked to discover that it’s more difficult to obtain a driver’s license in Ireland than it was when they were ‘illegals’ in the United States in the 1990s.

The ludicrous situation in which people who have been driving in the US, Australia, or the United Arab Emirates for 20 years have to take 12 lessons and pass a test upon their return was highlighted at a special conference in Galway at the weekend.

Crowd present at the webinar on returning migrants held in Galway.

The webinar, which was watched online by exiles all across the globe, heard testimonials from returning emigrants who have struggled to deal with the red tape involved in obtaining driver's licenses, car insurance, university fees, or even a bank account without an Irish utility bill.

Lack of empathy from State

Ciaran Staunton of the Irish Lobby for Emigration Reform said it was appalling that returning exiles were facing such a lack of empathy from State officials at a time when the Irish Government was actively encouraging them to move home.

Staunton co-organized the conference with Karen McHugh of Safe Home Ireland to give an opportunity to those who have made the move home to share their frustrations with representatives of the Irish Government.

In recent weeks, he has received 120 communications from former exiles who have been taken aback by the difficulties they have encountered in the process of moving home.

“During a meeting with the Irish Ambassador to the United States earlier this year, I met one lady who said that her sister had been living illegally in the US. She said it was easier for her sister to get a driver’s license in America than it was when she went back to Dublin,” Staunton told Irish Central.

Staunton called on State officials to show more empathy to Irish people who decide to return.  He said it was ridiculous that a person who had been driving claims-free in the US or Australia for decades had to sit 12 driving lessons in order to get a license after moving home.

A number of speakers told the conference of the difficulties they had experienced as returning exiles.

“Make sure the reason you move home is not just sentimentality,” said Siobhan Gibney, who moved home to Co Mayo after 26 years in Australia.

“People should stop and think carefully before making the decision to move home. It’s a terrible thing to live a life of regrets, but Ireland changes. Life is about opening new chapters. We have been lucky to settle in Westport and I feel like a bit of a fraud to be at this conference, because my experience of moving home has been mostly positive.”

Read more: Move back to Ireland proved a complete nightmare for this returning emigrant

Yvonne Tierney, who moved home to Galway after almost 20 years in Chicago, said it had been extremely challenging to deal with officials who expected her to have Irish documentation.

“Both my partner and I had drivers’ licenses for over 15 years in Chicago,” she said. “Yet we couldn’t transfer our licenses over and we haven’t even been able to get quotes for car insurance. Our job qualifications did not transfer over, either, because both of us qualified in America.”

Loretta Kenny, from Mayo, moved home two years ago after living in New York since 1987. She said she wished she had done more research before moving back to Ireland, even though she had wanted to relocate for years.

She has decided to set up her own Human Resources firm because the business qualifications she obtained in the US were not immediately recognized by Irish employers.

“It’s very frustrating for someone who has so much experience in business,” she said. “Maybe I could have done more homework and reached out to companies ahead of time. Somebody needs to liaise with emigrants before they come back. I also found that I could not get car insurance because I have a US license.”

Rita Feeney, a teacher who returned from Dubai, said the only information she received about returning home came from a Facebook page. She had been teaching in the UAE for over ten years, but found that her experience was not deemed fully relevant in Ireland.

“For me, Ireland is not appealing right now,” she said. “Family and friends are the only reason I am home. I am not teaching at the moment. I am in a factory and I hate it. It’s good to be home, I have no regrets, but I do want to take off again. I do wish this country would make it more attractive for us to come back.”

Cara Conneely, who returned home after nine years in Australia, said she was shocked by how difficult it was to obtain car insurance.

“I was told I was uninsurable, that I can’t be insured in Ireland, even though they drive on the same side of the road in Australia. Without a car, neither of us could find work at first and we found it very difficult. I’m lucky now because I have found a job, but I feel I’ve taken many steps back in my career as I’ve taken on a lesser role.”

Julia Scully, who has just moved home after 20 years in Seattle, said she was overwhelmed by the paperwork she has faced since she returned to Ireland.

“It has been tough. I just feel it’s very, very difficult to get going here. It’s difficult to have to take 12 driving lessons when I have been driving for over 20 years in the US. Sometimes I feel like packing everything up and just moving back to Seattle,” she told the conference.

For Edan Corcoran, a doctor who moved back from Canada, the biggest obstacle was being treated as a “non-EU” citizen when he decided to put his two children through university in Ireland. “This year I paid €50,000 in university fees,” he said.

“When we left in the 1990s, we left out of necessity. I think our generation of exiles helped to change the image of Ireland, so that it was seen as a dynamic place, with well-educated people, with a lot to give to the world.”

Senator Billy Lawless, who represents the Irish diaspora in Seanad Eireann, pointed out that 300,000 people left Ireland due to economic necessity in the 1990s.

“We did the State a favor by leaving in the 1990s,” he said. “What would the unemployment rate have been if we had stayed? Now we need our citizens to return to Ireland. There’s a shortage of skilled labor. What could be better than employing somebody who has been away and picked up new skills?”

The Irish Minister with responsibility for the Diaspora, Ciaran Cannon, attended the Galway conference and listened to the complaints from the returning emigrants regarding the obstacles they had faced.

Irish Minister with responsibility for the Diaspora, Ciaran Cannon.

“It’s a very important issue and we take it exceptionally seriously,” he told Irish Central. “If we have thousands of our citizens all over the world contemplating returning home and there’s a negative perception beginning to build, that it’s a very difficult thing to do, that’s a serious problem for the Government because we need these people to return home.

“By the end of next year, we are going to be at full employment in this country. A lot of our emigrants have garnered huge experience and knowledge and wisdom working abroad. Those talents, those skills, are badly needed here in Ireland. When they do contemplate returning home, we need them to feel it is a positive experience.”

Minister Cannon has hired a team of consultants to undertake a detailed economic report on the barriers facing returning emigrants. Submissions to the Irish Abroad Unit at the Department of Foreign Affairs and Trade are welcome by this Friday, October 13.

Returning emigrants can send their submissions to globalirish@dfa.ie and connect with the relevant Government department via their twitter account, @globalirish.

“We in Government should be listening to our people and, primarily, I was here today to listen and to hear some of the solutions being offered. If you are having a problem moving home, talk to us at Global Irish.”