Labour Senator Annie Hoey raised a number of concerns during a Green Party motion on animal welfare, stating that she had received reports of "serious welfare issues" from a whistleblower via protected disclosure. 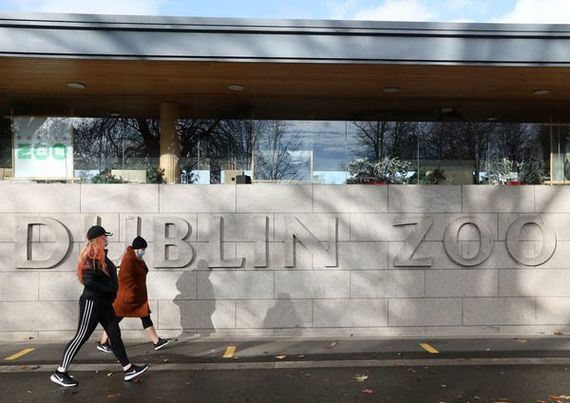 Dublin Zoo has strongly denied allegations of animal mistreatment after the issue was raised in the Seanad on Thursday.

Labour Senator Annie Hoey raised a number of concerns during a Green Party motion on animal welfare, stating that she had received reports of "serious welfare issues" from a whistleblower via protected disclosure.

"I’ve been told by the whistleblower that there’s been serious welfare issues, near misses, safety and management concerns at Dublin Zoo," Hoey said on Thursday.

She said current and former staff members have also made her aware of "a number of breaches" of the five freedoms of animal welfare.

The whistleblower detailed that a Zebra named Kildare was not afforded the right to freedom from pain, injury, and disease, according to Hoey.

The zebra died on December 2, 2020, after complications during a tooth extraction.

Hoey outlined that the zebra suffered from capture myopathy, a condition with high levels of morbidity that arises in wild animals who have endured high levels of stress.

The whistleblower alleged that the zebra was kept alive even though staff at the zoo pleaded that she be euthanized.

"The tooth was extracted and the animal was severely paralyzed when she came around from the anaesthetic" Hoey said. "The animal was going to be hung overnight in a harness, even though she was severly paralyzed. One staff member pleaded at the end of the second day to end the animal's suffering.

"Staff were extremely distraught after witnessing the zebra's treatment and they felt they could not raise concerns for fear of reprisals."

Today I stood up for the well-being of animals and workers in Dublin Zoo.

In a statement, Dublin said it "vehemently disputes" the allegations and "objects in the strongest possible terms to the manner in which these allegations have been made without any engagement with Dublin Zoo."

A spokesperson for the zoo told the Irish Times that the allegations were "wholly misleading and contain innacurate clinical assesments".

"Issues raised by members of staff regarding animal welfare at Dublin Zoo are treated with the utmost sensitivity and seriousness and are thoroughly investigated. Any disclosures are investigated immediately and rectified where appropriate. Staff can make animal welfare-related disclosures through their team, Dublin Zoo management or anonymously."

Dublin Zoo invited Hoey to the zoo to discuss the allegations.

Hoey said she only read out a "snapshot of the stories" she had been told by staff at the zoo, stating that she has "pages and pages of testimony from both current and former staff".