Dublin Zoo raises €1.5 million in one day after issuing public appeal for assistance 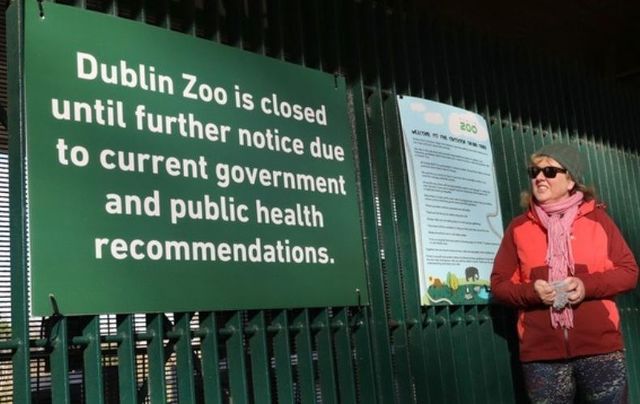 Dublin Zoo has been closed for most of the last eight months due to the COVID-19 pandemic. Rolling News

Dublin Zoo has raised more than €1.5 million just one day after it announced that it may have to close down for good due to the financial implications of the COVID-19 pandemic.

"We turtley cannot believe it – we’ve just hit 1.5 million euro! Thank you so, so much everyone for your kind donations, animal adoptions and buying our limited edition #SaveDublinZoo hoodie – it is more than we could ever have expected," Dublin Zoo said on Twitter on November 19.

Thank you so, so much everyone for your kind donations, animal adoptions and buying our limited edition #SaveDublinZoo hoodie – it is more than we could ever have expected. pic.twitter.com/c46imZlEEr

The day prior, on November 18, Dublin Zoo issued this appeal saying that they needed help:

As Ireland’s largest family attraction, we've been doing our best to stay positive and stay afloat during these difficult times, but now, we need your help. pic.twitter.com/nFbkSAc3zM

Dublin Zoo said that it was struggling to deal with the huge financial costs of taking care of its some 400 animals in the absence of visitors during the coronavirus pandemic.

The zoo said in its press release that it cost around €500,000 per month to feed, house, and provide the highest level of care for the animals and that it was struggling to meet its substantial running costs in the absence of regular visitors over the last eight months.

Dublin Zoo first opened to the public in 1831, making it the third-oldest zoo in the world.

Taoiseach Micheál Martin eased fears that the zoo would close in the Dáil on Wednesday, stating that the Government would intervene before the zoo was forced to close.

Martin said that the zoo had not received capital funding in some time, indicating that additional funding would be made available in the near future.

He said that the Government does not want to see the zoo close its doors and will do everything in its power to ensure that it remains open "generations to come and I intend to act on that", he said in the Dáil.

Martin later took to Twitter to confirm that "Dublin Zoo will get all the help it needs."

Dublin Zoo will get the help it needs. A brilliant facility that is loved by young and old - we can all look forward to being back there when this is over. ???