Are we learning how politics will work in the new Trump order? Trump doesn’t govern. He rules. 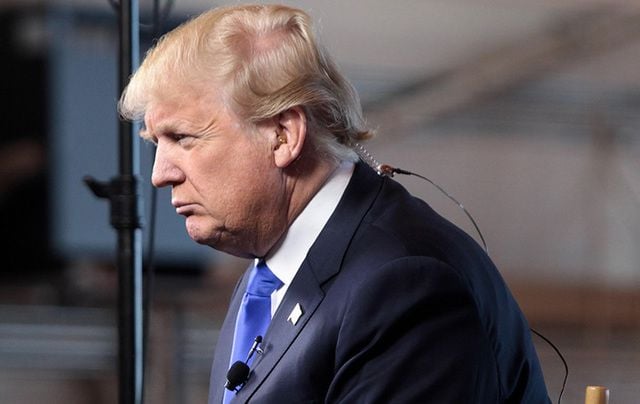 Are we learning how politics will work in the new Trump order? Trump doesn’t govern. He rules. Flickr / Gage Skidmore

Donald Trump had a small one. A small inauguration, I mean.

That’s not what his spokespeople might call an “alternative fact.”  It’s a straight up fact backed by the United States Department of the Interior.

The government agency’s photographs on the day clearly show the crowds were thin on the ground along the National Mall, and that had it not been for the arriving protestors preparing for the Women’s March the next day, the city would have had no real energy to speak of.

You see, the thing about facts is that they are indifferent to your opinion. They’re simply facts. The new Trump administration’s press secretary Sean Spicer could have saved himself a lot of public embarrassment last weekend if he had remembered that.

At his first press conference as press secretary, setting the tone for the incoming Trump administration, Spicer angrily blasted the assembled reporters for reporting the news.

“Some members of the media were engaged in deliberately false reporting,” he charged, naming no names and offering no proof. “Photographs of the inaugural proceedings were intentionally framed in a way, in one particular tweet, to minimize the enormous support that had gathered on the National Mall.”

Here’s the thing Sean. If no one is standing on those great stretches of lawn that is not the fault of the press, who are paid to write about what they hear and see. Shouting at them won’t change that.

“The president is committed to unifying our country, and that was the focus of his inaugural address,” Spicer continued.  “This kind of dishonesty in the media, the challenging -- the bringing about our nation together is making it more difficult.”

It was not dishonest to say that the crowd size for the inauguration had noticeably dropped from the Obama era. It was a simple fact.

The press are the people’s voice in the corridors of power.  Their questions are asked in the public interest, so politicians don't get to decide which they will be asked, but Spicer was clearly going down that unwise road.

“There’s been a lot of talk in the media about the responsibility to hold Donald Trump accountable,” Spicer continued. “And I'm here to tell you that it goes two ways.  We're going to hold the press accountable, as well…”

If you hear an ominous threat in that utterance it’s because you’re supposed to. Spicer is saying that if the press doesn't comport itself or its questions in a way the Trump administration likes, then they could lose their ability to ask any questions at all.

If that thought doesn’t alarm you then you have probably already bought into Trump’s relentless propaganda campaign to undermine journalism and make his life a lot easier.

But if it does alarm you then you are already learning how politics will work in the new Trump order.  Trump doesn’t govern.  He rules. And he rules like an autocrat who will reward his supporters and punish his enemies. It’s a tactic that was developed in the ancient world, where it was called divide and conquer.

The real shock of Donald Trump was and still is that you’re writing about him at all, of course. From the start it seemed like a ridiculous satire, something inconceivable, something so glaringly silly that it would take care of itself.

The most tirelessly self-promoting of America’s self-promoters, his appearance in the presidential race seemed like a momentary distraction to most commentators.

I was never one of them. I discerned his threat in July of 2015 and I was the first to notice how his campaign was making subtext text, making racially charged statements that had until then been the third rail you never touch in American political life.

But the biggest shock of Trump’s win is being experienced by Republicans themselves, however. They have the presidency, they control the House and Senate, but what should be an era of triumph still feels hollow and provisional, hence all the high dudgeon over inauguration sizes.

This is not Reagan’s GOP. It’s not even Bush’s, as the journalists who report on these things were the first to discover. When CNN’s Jim Acosta tried to ask a question at Trump’s first news conference in over six months two weeks ago, Trump exploded.

“Not you,” Trump said, looking away like an angry monarch. “Your organization is terrible,” he continued. “Quiet. Don’t be rude. No, I’m not going to give you a question. You are fake news.”

Trump and his administration think they will decide what they’re asked and who can ask them it. But remember when they do hat’s not just anti-democratic, or anti-press.  It’s un-American.