Former minister Dara Calleary, who resigned during the Golfgate scandal, could be set to make a comeback to government. 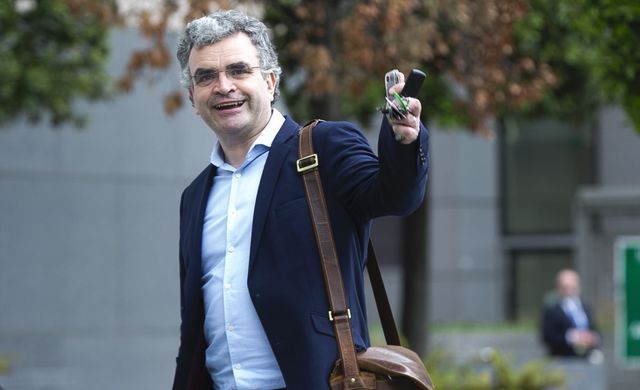 Former minister Dara Calleary is understood to be the front-runner to replace junior minister Robert Troy who resigned last week in the midst of a furor over his failure to declare several properties he owned in the Dáil register of personal interests.

Dara Calleary’s name is expected to be discussed at Cabinet when it holds its first meeting after the summer break on August 31.

There are some public mumblings about the prospect of Calleary’s return to the government. One columnist in The Irish Times wrote that if Calleary gets the gig the public “will roll their eyes in rage again.”

Other names, including James Lawless, the North Kildare TD, are likely to be mentioned as a replacement for Troy. But Calleary is the front runner based on what colleagues regarded as an honorable resignation after Golfgate.

Golfgate was a 2020 event in which 81 people attended a dinner at a hotel in Connemara after a golf outing during heightened restrictions in the Covid pandemic. Calleary didn’t play golf but was a dinner guest. After public outrage over the event, he resigned as agriculture minister.

Then, last February a court cleared the organizers and hotel owners of any illegality because the dinner event was held in a room separated into two parts by a partition, thus not strictly breaching Covid regulations.

After the court case, Martin said Calleary had paid a very high price but was very dignified in his resignation as he ensured the continuation of trust in the government’s Covid restrictions.

Then the taoiseach added it was clear there was always a way back to government for a person of the caliber of Calleary.

Controversy emerged around Troy when it was revealed he did not properly register some of his 11 properties in the Dail records. He apologized for a series of mistakes over his properties and he got the backing Taoiseach Martin and Tanaiste Leo Varadkar.

But he resigned when Green Party leader Eamon Ryan called for investigations.

In the throes of the worst housing crisis in the history of the state, with a record number of people in emergency accommodation, Fianna Fáil TDs were desperate for Troy to make the controversy surrounding him go away.