TD Robert Troy came under fire after The Ditch reported that he had failed to declare the sales of properties in Westmeath and Longford, despite being legally required to do so. 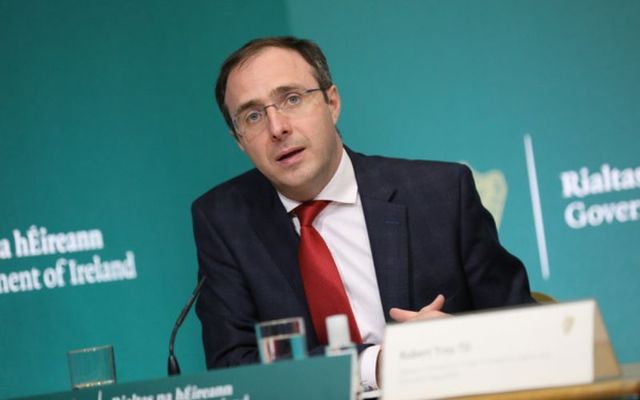 Fianna Fáil's Robert Troy has resigned from his role as Minister of State at the Department of Enterprise, Trade, and Employment following weeks of controversy surrounding his property interests.

Troy came under fire on August 10 after The Ditch reported that he had failed to declare the sale of a property in Mullingar to the Westmeath County Council, despite being legally required to do so under the Ethics in Public Office Act 1995, which requires TDs to declare any sale worth more than €6,500.

Five days later, The Ditch reported that Troy had also failed to declare the sale of a four-bedroom home to the Longford County Council for €163,000 in 2019.

On August 21, the Sunday Times reported that Troy had admitted that he had not registered a rental tenancy at his former primary residence on Main Street, Ballynacargy, with the Residential Tenancies Board (RTD). It is an offense under Irish law not to register a tenancy with the RTB within one month of the start of the rental period.

The Irish Independent reported on August 22 that Troy had used speaking time in the Dáil to call for more funding for the Rental Accommodation Scheme.

The following day, Troy revealed on RTÉ News that he owns or co-owns 11 properties, nine of which are being rented out. He denied that he was trying to conceal anything.

Meanwhile, The Ditch has since revealed that Troy did not obtain planning permission to convert a seven-bedsit in Dublin 7 into a four-unit property, while he also did not acquire a fire safety certificate for the property.

Dublin City Council has issued a formal warning and initiated investigations for the alleged unauthorized development outside of designated working hours on the property, according to the Irish Independent.

Troy faced mounting criticism as the story developed over the past two weeks, with many opposition TDs calling for his resignation.

He issued a statement on Wednesday, August 24 confirming that he would be resigning from his role as Minister of State in the Department of Enterprise, Trade, and Employment.

Troy said the last ten days had been "extremely difficult"  and said his biggest offense was "lack of due diligence".

"One issue in isolation is excusable but the number of errors now that are of my making directly or indirectly has led me to this decision," Troy said in his statement.

He apologized for the upheaval caused by the controversy, adding that it had distracted the Government from the "serious issues at hand in this country".

He said his mistakes were genuine human errors and unintentional.

He thanked the Taoiseach, Tánaiste, and his colleagues for their support over the past two weeks and said he is happy to answer any questions from the Public Office Commission or the Residential Tenancies Board. He added that he will give a full account to the Dáil if required.

Troy said he "will not apologize for being a landlord" and said he was "acutely aware" of the Irish housing crisis.

He also criticized the Irish media and opposition TDs for "vilifying landlords", adding that it will not help solve the housing crisis.

"While I accept my mistakes, I would like to state that the narrative being put forward by some media and some in the opposition that landlords are villains is simply wrong," Troy said.

"I personally will not apologize for being a landlord. I bought my first house at the age of 20 as I went straight into a job after school, so I was in a position to purchase my first property then. I am not a person of privilege and I have not been brought up with a silver spoon in my mouth, I have worked for all I have."

A spokesperson for Taoiseach Micheál Martin said he accepted Troy's resignation "with regret". Martin had supported Troy throughout the controversy, stating that he was satisfied with Troy's explanation.

The spokesperson said Troy's "commitment to his constituents and dedication to his work has been beyond question".

Meanwhile, Tánaiste Leo Varadkar said Troy had left a "lasting legacy" in the Department of Enterprise, "making a difference to thousands of businesses across the country".

"He acknowledged, accepted, and apologized for the errors and omissions he made in his statutory declaration," Varadkar said.

Sinn Féin President Mary Lou McDonald said both the Taoiseach and Tánaiste have questions to answer regarding their judgment.

"Throughout this period both the Taoiseach and the Tánaiste offered their full support describing Robert Troy as a 'first class Minister'," McDonald said.

"Tonight’s inevitable announcement from Robert Troy casts very serious questions on their judgment and those are questions that will not go away as a result of this action."

McDonald said the controversy had highlighted the coalition government's "failed approach to housing".

Prior to Troy's resignation, Green Party Leader Eamon Ryan had called for "a full investigation" by the committee on Parliamentary Privileges and Oversight. Ryan said this investigation should be carried out in tandem with a separate investigation from the Standards in Public Office (Sipo).

Troy has indicated that he will comply with a Sipo investigation.