Democratic Congressman William Keating has introduced Resolution 888 into the House of Representatives, which "opposes any attempt by the British government to implement amnesty" for Troubles-era killings in Northern Ireland. 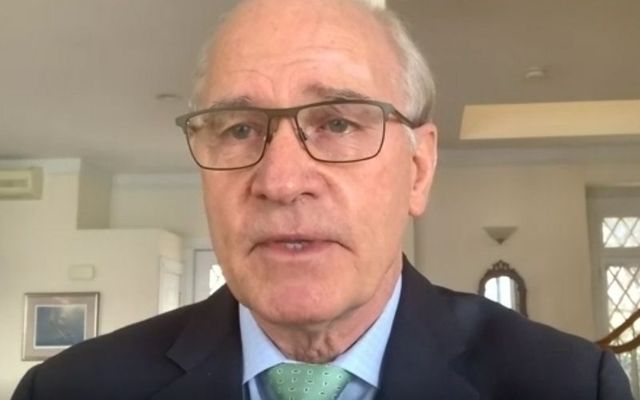 An Irish-American congressman from Massachusetts has condemned the British Government's plans to grant amnesty for all Troubles-era killings in Northern Ireland.

William Keating, a democratic representative from Norwood, Massachusetts, has introduced Resolution 888 into the House of Representatives, which "opposes any attempt by the British government to implement amnesty or statute of limitation laws that would end or inhibit investigations and prosecutions of crimes committed during the Troubles, including on Bloody Sunday".

Keating told a webinar broadcast hosted by the Ancient Order of Hibernians that the resolution has received bipartisan support from Democrats and Republicans in Congress, while the Biden administration has also supported it.

He said the resolution was important "for anyone who believes in justice or accountability, or full investigations when lives are taken by authorities."

He added that the resolution was necessary to "put Northern Ireland's troubled past behind us".

Keating told Irish-Americans attending the webinar that their opposition to British amnesty plans was "critically important and being recognized across the Atlantic and in Congress".

Blaney told the webinar that Taoiseach Micheál Martin had recently met with a Relatives for Justice delegation and had been moved by emotional accounts of killings carried out during the Troubles.

He said both Fianna Fáil and the Taoiseach opposed any plans to introduce amnesty for Troubles-era killings.

John Finucane, whose father Pat was murdered by loyalist paramilitaries in collusion with British security forces, told the webinar that British collusion in Troubles-era killings was "not a failure in policing but British policy in operation".

He commended the families of victims who continued to work against "British efforts to block the truth from ever coming out".

AOH National President Danny O’Connell said opposition to the British Government's amnesty proposal was one of the few issues that could get bipartisan support in Congress and all-party support in the Dáil.