In 1923 the Irish First State censor decreed “I know nothing about films, but I know the 10 commandments!” 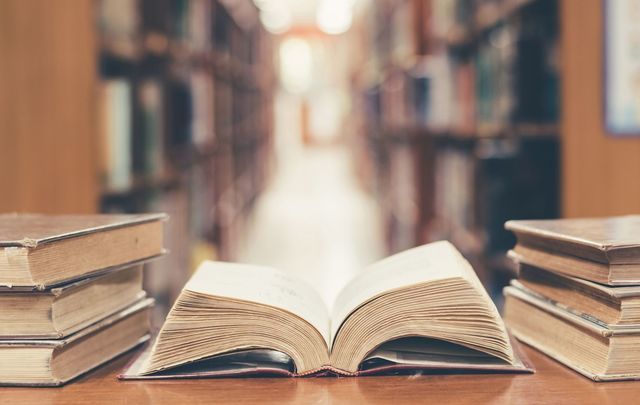 Books were once banned in Ireland if they included the word "pregnant." Getty images

In March 2016, the Irish Censorship of Publications Board took measures to ban its first book in 18 years, titled "The Raped Little Runaway," by Jean Martin.

As recently as 2012, as an in-depth article by Christine Bohan of the Journal.ie noted, there were still a whopping 274 books and magazines banned in Ireland.

That 18 years progressed since Ireland had previously banned a publication ("The Base Guide to London," by Base Shoes) is a testament to how much Ireland's censorship standards and practices have changed since the days when books like Enda O'Brien's "The Country Girls" were blacklisted.

What got books and magazines banned in Ireland back in the day? Sex and abortions, apparently.

To give you some idea of how strict censorship was, the word “pregnant” did not appear in print until 1960. Until then it always printed as “she is expecting a happy event.”

The Irish Censorship of Publications Board is traditionally made up of five people appointed by the  Minister for Justice. Books may be banned for either being indecent or obscene or for advocating having an abortion.

As the Journal.ie article pointed out, there are eight books on the topic of abortion which are still banned. These include “Abortion Internationally,” “Abortion: Our Struggle for Control,” and “Abortion: Right or Wrong.”

These three are explicitly about abortion while four other still-banned books are sex guides, including “How to Drive Your Man Wild in Bed” and “The Complete Guide to Sex," which also contain information regarding abortions.

In 1992, Ireland held a referendum, making it legal for information about abortion to be made available, but the above-mentioned books remained banned since they were published prior to the referendum.

One publication which relatively recently won its place on Ireland’s newsstands was Playboy, which was unbanned in January 1996 and went on to become Ireland’s highest selling men’s magazine.

While Ireland's censorship standards have become exponentially more lenient, Ireland is among the 22% of the worlds countries to retain blasphemy laws. What's more, Ireland only introduced its blasphemy law in 2009.

Books and magazines were not the only contentious materials. Previously, we’ve looked at how movies such as Stanley Kubrick’s “Clockwork Orange” and the Monty Python’s “Life of Brian,” were banned due to depictions of violence and religious references. These are now back in public circulation, but it is surprising the number of books (in large part related to sex and the carrying out abortions) and magazines remain censored.

Censorship was especially common during the four decades following Ireland’s Independence in 1922 as Ireland’s film and book censors used their powers to enforce the draconian moral code of the time.

In 1923 James Montgomery, the first Irish Free State censor, said, “I know nothing about films, but I know the 10 commandments!” And so it began.

Oliver Flanagan TD and briefly Minister for Defence once said, “There was no sex in Ireland before television.”