Warm welcomes at the discovery of a vaccine by a company with several Irish centers were matched in Ireland with caution among some experts. 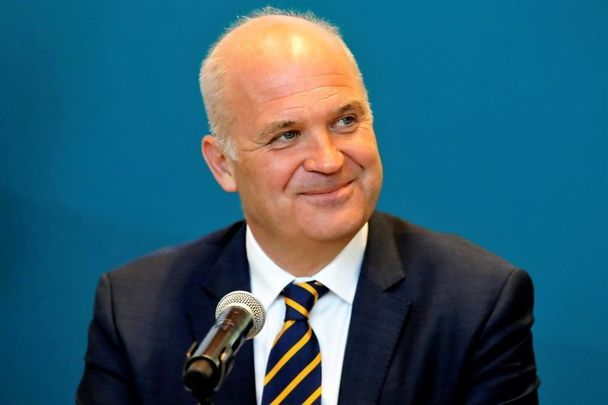 Paul Moynagh, professor of immunology at Maynooth University, said there was uncertainty as to how long a vaccine would offer protection.

The Republic’s Chief Medical Officer Dr. Tony Holohan welcomed the development of the game-changer vaccine which will be 90 percent effective according to makers Pfizer and BioNTech as generating hope, but warned it still wasn’t time to celebrate.

University College Cork senior lecturer in biochemistry Anne Moore described the breakthrough as “a real milestone,” but she also encouraged caution until more trial results and data are made available.

Excitement swept the world and Ireland – which has a number of Pfizer plants – on Monday when the breakthrough press release was released by Albert Bourla, chief executive and chairman of Pfizer.

Based on supply projections, the two companies said they expected to supply up to 50 million vaccine doses globally in 2020, and up to 1.3 billion doses in 2021.

Pfizer, whose range of drugs produced in Ireland include the male enhancement pill Viagra, are unlikely to produce the Covid vaccine in any of its Cork plants, according to the Irish Examiner. But workers at a factory in Newbridge, Co. Kildare could have an input.

CorkBeo, an online facility run by the Irish Daily Mirror, reported that Pfizer's Grange Castle facility in Dublin is already supporting the efforts of the Pfizer plant in Belgium on testing and quality control for the first batches of vaccines.

The global pharma-giant has had a manufacturing base in Cork Harbour since 1969 when then Taoiseach Jack Lynch returned to his native Cork to open the Ringaskiddy plant that cost €12 million and initially employed just 16 people.

Since then, the Ringaskiddy plant has grown to be one of Pfizer's main European manufacturing hubs, with a second facility at Little Island, employing over 1,000 people in the Cork area.

Last week, Pfizer announced a €300 million investment plan for Ireland which will see a new manufacturing plant and over 300 new staff added to the existing 3,700 workforce across six sites in Ireland.

The Irish Independent reports that it is still unclear who will get the vaccine first in Ireland and whether it will be given to older age groups as well as people with underlying illnesses before healthcare workers.

Meanwhile, the National Public Health Emergency Team (NPHET) revealed on Monday that Ireland has the fastest improving incidence of COVID-19 in Europe, with a 43 percent drop in the past two weeks.

Deputy chief medical officer Dr. Desmond Hickey said that Ireland’s performance is notable for the overall progress being made in reducing transmission. The 14-day incidence has dropped 23 percent in the past week, and only Belgium and Malta are also currently managing to reduce transmission.