British parliament rejects a no-deal departure from the European Union

The vote decided that under no circumstances should Britain leave the EU without a deal in place. 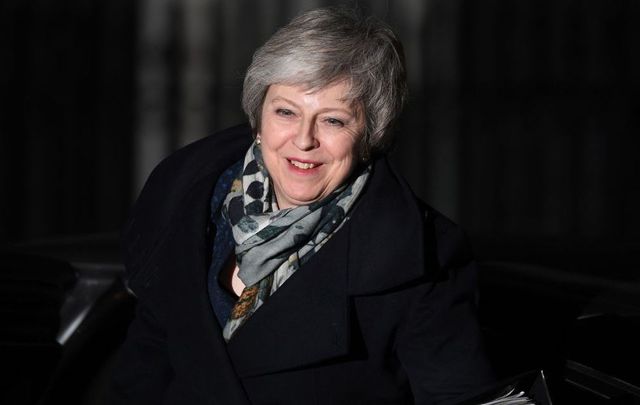 Lawmakers in Britain have voted against a no-deal Brexit.

Britain will not leave the European Union without a deal, the British parliament decided Wednesday.

Lawmakers voted by 312 to 308 against a no-deal Brexit but the vote does not change the position of the EU themselves, with the default position remaining that the UK will leave the Union on March 29 whether a deal is reached or not.

British Prime Minister Theresa May followed the vote by announcing that a further vote would take place on Thursday that would decide on whether an extension of the March 29 deadline should be sought. That final deadline decision will remain with European leaders.

UK PM Theresa May says #Brexit options "are the same as they always have been", warning "no Brexit at all" would damage "fragile trust" between British public and MPshttps://t.co/r6u92tA4AD pic.twitter.com/MoUpYcT3Jj

“Why would we extend these discussions?” chief E.U. Brexit negotiator, Michel Barnier questioned on Wednesday, however, adding that the negotiating was “done and dusted. We have the withdrawal agreement. It’s there.”

“We are at a critical point. The risk of a no-deal has never been higher,” he said. “I urge you, please, not to underestimate that risk or its consequences.”

Speaking from Washington D.C. on Wednesday where he is attending St Patrick's Day events, Irish Taoiseach (Prime Minister) Leo Vardkar stated that Irish "really went the extra mile" in the last few days and that Britain should not ask for more changes.

Taoiseach #leovaradkar says there is a supreme irony that the trade proposal announced today in London will treat #NorthernIreland as a different entity #brexit #StPatricksDay pic.twitter.com/jNXX8nwuoc

On the eve of Varadkar's visit, more than twenty members of the US Congress sent a letter to Prime Minister May warning that a future free trade agreement between the US and the United Kingdom could be delayed “indefinitely.”

"The consequences of the decisions you will make in the coming days will affect millions of people around the world,” read the letter, signed by the likes of Massachusetts congressman Joe Kennedy III and chairman of the House Ways and Means Committee, Richard Neal.

A major international conference on Brexit will be hosted by IrishCentral in the Harvard Club, New York, on Friday, March 15, from 8 am to 2 pm. The title of the conference is “Understanding Brexit.”

You can find more information on the conference here.