A startling new poll shows the Democratic Unionist Party and their leader, Arlene Foster, are badly out of step with their own voters on the Brexit issue 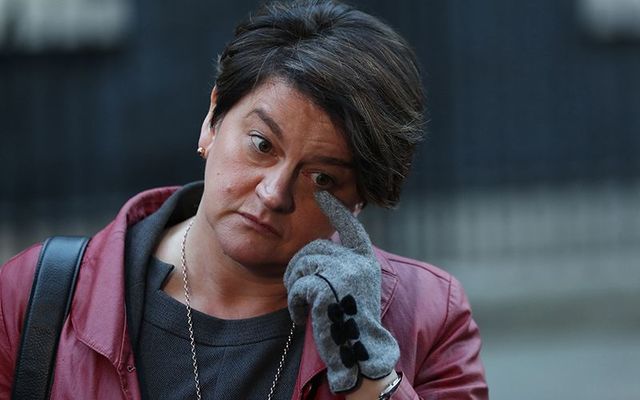 A startling new poll shows the Democratic Unionist Party and their leader, Arlene Foster, are badly out of step with their own voters on the Brexit issue

The Democratic Unionist Party (DUP) is in deep trouble even among their own unionist voters. Sixty-seven percent of voters think they have made a mess out of their Brexit negotiations.

There was bad news too for DUP party leader Arlene Foster whose job performance on Brexit was disapproved of by 67 percent of the population in the Irish Times poll.

“Translate this into politics: it’s clear from today’s numbers that the Brexit line being pursued by the DUP is significantly at odds not just with the Northern Irish electorate as a whole, but it is also at odds with the views of the Protestant and unionist communities from which the party draws its support.”

It is clear from the poll that Northern voters want at least a soft Brexit or another vote. In that respect, with Sinn Fein not taking their seats and the DUP pursuing a much harder line than their own supporters want, there is no major party reflecting the views of the moderate voters.

Meanwhile, if a united Ireland referendum were carried out in the North there would be no majority for unionism.

Forty-five percent said they would vote to stay in the UK with 32 percent opting for a united Ireland and a massive 23 percent undecided.

In the Irish Republic, a similar poll showed 62 percent in favor of unification with just 19 percent against.