President Biden said his Irish ancestors were forced to board "coffin ships" to flee Ireland "because of what the Brits had been doing." 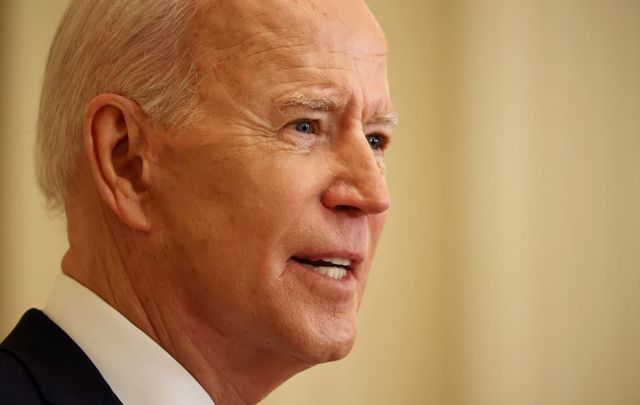 March 25, 2021: President Joe Biden answers questions during the first news conference of his presidency in the East Room of the White House on the 64th day of his administration. Getty Images

President Joe Biden again referenced his Irish roots during his first solo press conference of his presidential term on March 25.

President Biden, towards the end of the roughly hour-long press briefing, was asked, "How do you realistically and physically keep these families from coming to the US when things will not get better in their country right away?”

He responded: “I can’t guarantee that, but I know, that old thing, the journey of a thousand miles starts with a first step.”

He continued: “It’s not like someone is sitting somewhere in Mexico and goes, ‘I’ve got a great idea! Let’s sell everything we have, give it to a coyote, have them take our kids across the border into a desert where they don’t speak the language; won’t that be fun? Let’s go!’

“That’s not how it happens. People don’t want to leave.

"When my great-grandfather got into a coffin ship in the Irish sea, expectation was - was he was going to live long enough on that ship to get to the United States of America?

“But they left because of what the Brits had been doing. They were in real trouble, they didn't want to leave, but they had no choice.

You can watch the entire press briefing here, with President Biden referencing his Irish ancestors from 59:00:

According to genealogist Megan Smolneyak, James Finnegan, Biden's great-grandfather, arrived in the US from Ireland in May 1850 with his mother and siblings, nearly a year after his father Owen Finnegan left Co Louth, fleeing the last of the Famine.

A large portion of Biden's first solo press briefing was dedicated to immigration, in particular, unaccompanied minors at the US-Mexico border.

Elsewhere in the briefing, Biden discussed international relations, gun control, as well as the ongoing health crisis. He opened his remarks by saying: "On December 8th, I indicated that I hoped to get 100 million shots in people’s arms in my first 100 days. We met that goal last week by day 58 — 42 days ahead of schedule.

Regarding potential re-election plans, Biden said: "Yes, my plan is to run for re-election, that is my expectation."