Beto O'Rourke shared an Instagram live video of a chat he had with his dental hygienist about border and immigration issues. 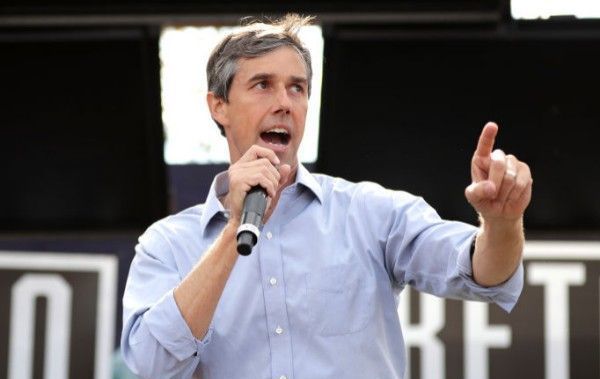 Beto O’Rourke is taking to social media to give a voice to the citizens of border towns in his home state of Texas.

O’Rourke, who ran an unsuccessful 2018 campaign to unseat longtime Texas Republican Senator Ted Cruz, is among one of the most talked about potential Democratic candidates for the 2020 US presidential race.

On Thursday, O’Rourke got up close and personal with one Texas citizen who is personally affected by border and immigration issues, his dental hygienist Diana.

In a video which O'Rourke shared live on his Instagram, Diana said, “I was actually born in El Paso [Texas]. My mom is from a small town in Mexico. … My dad is a U.S. citizen."

Asked by O'Rourke about life on the border, Diana said, "It's a beautiful community. We all support each other. We love each other. And it's not what everybody else thinks, sadly, about us. It's actually a wonderful place to live and grow up."

Diana went on to talk about how the community in Texas helped her mother study and prepare for her US citizenship exam.

O’Rourke’s chats about the border and immigration come as the US government is still in shutdown phase. President Trump seems unwilling to re-open the government without a guarantee for border wall funding, while House Speaker Nancy Pelosi is equally as unwilling to grant such funding.

On Tuesday, O’Rourke took to Facebook Live share nearly two hours worth of discussion about immigration and border issues from the Sunset Heights neighborhood in Texas. The video was captioned “Love from the border.”

His Facebook Live address was delivered the same evening that several US broadcast networks broke to air a speech from President Trump.

O'Rourke has still not publicly confirmed nor denied whether or not he'll mount a presidential race for 2020. Sources say he is unlikely to make an announcement prior to February.

Do you think Beto O'Rourke is going to run? Let us know in the comments!