Citizens of Ireland are banned from entering the US since the beginning of the COVID pandemic. This has resulted in a major effort to end the ban. 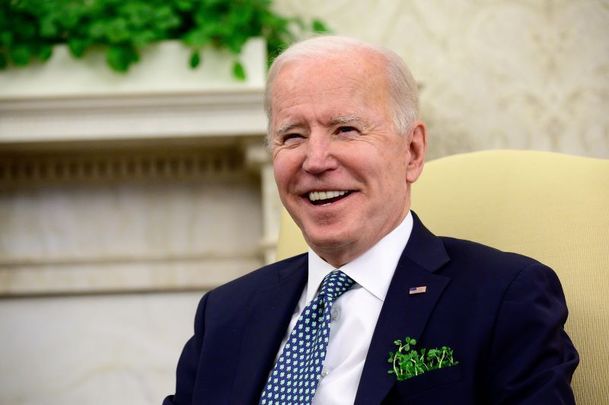 President Joe Biden has faced mounting pressure to end the travel ban on Irish citizens that has been in place since the beginning of the pandemic. Getty

The Ancient Order of Hibernians, America's largest Irish organization, has called on the US government to end the travel ban on Irish people coming to America because of Covid.

This comes about as Dan Mulhall, Irish Ambassador to America, asked last week the ban be removed.

The AOH statement reads: “Mr. President, the current ban on travel from Ireland and the E.U. has outlasted its effectiveness. Rather than protecting, it is now hurting America and Americans by cutting us off from the rest of the world. For Irish Americans, the current travel ban has rolled back the clock to the days when, in the words of James Joyce, the Atlantic was a ‘bowl of bitter tears,’ separating families and loved ones.

"The current travel ban precludes the contact and cultural exchanges necessary to keep Irish America vibrant and maintain the extraordinary special relationship that Ireland and the United States have enjoyed dating back to before either was a sovereign nation.

"The Hibernians ask respectfully, Mr. President, that the United States implement a COVID travel policy that follows science rather than absolutes; science which at this time says that a travel ban on Ireland and Europe is not needed. Yes, there are places in the world where COVID numbers are high, and vaccination rates are low, and from where allowing travelers to enter the United States would be unwise.

"It is only prudent to restrict entry from those countries as the United States, in cooperation with the rest of the world, helps them to recover. Still, it is unreasonable to prohibit travel and punish those nations such as Ireland who have stepped up to the challenge of COVID by the continued application of a global “one size fits all” travel ban.

"We ask that the United States implement a sensible “red, amber, green” system, as have other nations, where travel restrictions are proportionate to the current threat posed by travel from that nation. Under such a system, the Hibernians respectfully request that travel from Ireland to the United States be restored immediately."

Ambassador Mulhall had stated in a tweet that he was ad idem with European Union leaders that “banning fully vaccinated Europeans from entering America is damaging to EU-US relations in so many ways.”